3 Tips for Decarbing Your Weed for the Best Results 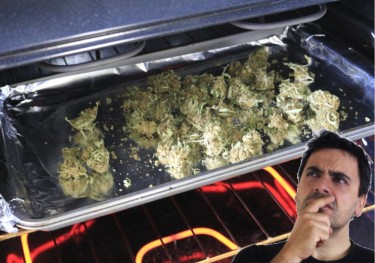 Simply put, this process activates the cannabinoids in the plant – primarily THC and CBD into its bioavailable form – with the use of heat. Because when you use it in its raw form, the cannabinoids aren’t activated and therefore don’t produce the potent health benefits we know and love it for. Sounds simple enough, right?

But there are a few key things to keep in mind to ensure that decarboxylation is done properly. Otherwise you can risk burning weed and wasting a lot of marijuana for nothing.

Decarboxylation is the name for the chemical reaction that takes place when raw cannabis buds are exposed to heat. THCA then converts to THC, and CBDA converts to CBD. At the right temperatures, the carboxyl groups are released and becomes psychoactive and bioavailable for infusion and consumption.

The right temperatures and time are critical for this process. The goal is to activate the cannabinoids, not destroy them, which can happen when you keep it in for too long or end up burning it.

Going low and slow is always better; it’s kind of the same principle as slow cooking as opposed to deep frying food. According to experts, the range between 230-250F is ideal for decarboxylation in an oven, and leaving the marijuana in there for 25 up to 30 minutes maximum will yield the best results. However, if you want to preserve more of the aromatic terpenes, you can use a lower temperature such as 220-230F and decarb it for up to 45 minutes.

It’s a generally accepted fact that if you’re going to buy weed for decarbing or infusions, you aren’t going to use top-shelf marijuana. Why? That stuff is best smoked straight out.

This is an opportunity for you to make use of your dispensary’s promos and buy cheaper weed by the ounce. You can also experiment with strains that are high THC or high CBD, though do take note that CBDA, the precursor to CBD, takes longer to activate into CBD than THC does. For this reason, if you are decarboxylating a high CBD strain, you’ll have to wait twice the amount of time.

In addition, the cannabis you should be using should already be dried and cured properly. Keep this in mind if you are going to decarb homegrown weed.

Always ground up your cannabis before you decarb it. Doing so increases the surface area, increasing the chances of an even burn and will improve consistency. When grinding, look for a texture that’s similar to a grain of rice.

The most common way people decarboxylate marijuana at home is with the use of an oven. It’s efficient and there’s no need to buy any special decarbing tools (though these exist!).

If this is the method you’re going to go with, line a baking pan with a baking sheet and distribute the buds as evenly as possible. During the decarbing process, go in halfway through the time to turn the buds as quickly as possible to ensure even decarboxylation.

Once you’re done, remove the tray and let the material cool down properly for 10-15 minutes. You may notice that the color has changed from green to a shade of brown. After it has cooled, transfer it into an air-tight container until it’s time to make use of it.

Decarboxylated marijuana should be infused or consumed within 3-6 months, though for the strongest potency, the sooner the better.

An oven isn’t the only way you can decarb weed. There are many other options out there depending on what you have at home, or how much you’d like to spend for efficient and accurate decarbing.

Decarboxylating weed in a mason jar is completely possible too. One advantage of this is that it reduces the risk of marijuana odors floating around your home, so you can decarb on the sly. The terpenes will also be well preserved, and it’s impossible to burn cannabis using a mason jar to decarb. If you’re one of those who wants to be careful about burning cannabis, this process is highly recommended.

Never Use A Microwave

Last but not least, never use a microwave to decarboxylate cannabis. Microwave temperatures can’t be controlled as accurately as an oven. Remember, go low and slow; ovens, a sous vide, or specialized decarbing equipment are the best tools for the job.

DECARBING YOUR CANNABIS, READ ON.. 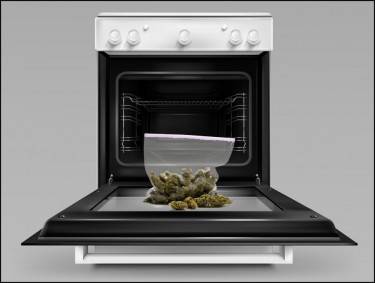 DECARBING YOUR CANNABIS – HOW TO DO IT AT HOME! 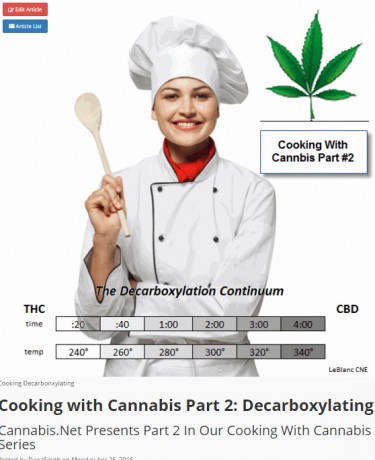 COOKING WITH CANNABIS AND DECARBING YOUR WEED TO EAT!

Massachusetts Trader Joe’s store is first to unionize, this week in the war on workers