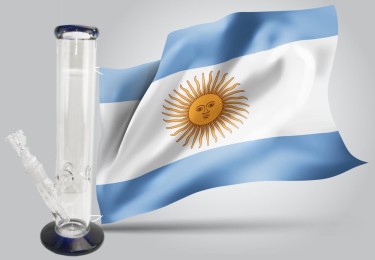 After many years of waiting endlessly for the government to approve medical cannabis homegrown, Argentineans can finally grow their cannabis personally at home for therapeutic purposes. The latest ruling by the supreme court in favor of cannabis home grows has been a long time coming.

The country approved cannabis for legal use in 2017. For a long time, the law remained the same, with no modification. It was nothing other than a symbolic sham with inactive rules and regulations. The call for cannabis home cultivation was resided by President Alberto Fernandez in late 2020. He also signed a decree to allow pharmacies to dispense medical cannabis drugs. However, neither of these decrees could progress due to the same reason the medical cannabis program remained stagnant. These laws and policies all relied on the establishment of a regulatory body to endorse licenses and map out rules and regulations.

The highest court in Argentina decided that parents of ill children should be permitted to cultivate cannabis to treat their children.

The Argentine Supreme Court has decided that parents of ill children are permitted to grow their cannabis to treat their children, a decision that is certain to have a global impact. They concluded that this choice is consistent with the decriminalization of cannabis use for medical purposes under current Argentine legislation.

This breakthrough is comparable in significance to an Israeli case from 2014 in which family law and cannabis legalization intersected. In particular, families with sick children who needed medical cannabis threatened to go to Colorado if they weren’t allowed to buy it legally domestically. The administration modified the statute in a matter of weeks.

However, last week’s outcome in Argentina was not entirely in favor of everyone who pushed their case. The Court also unanimously decided that the current special patient registry is not unconstitutional. Mamás Cannabis Medicinal (Macrame), who represented the plaintiff’s cause, raised this concern. The state had the right to oversee and keep tabs on all cannabis cultivation, including that done for medical purposes, the court reasoned.

In this judgment, the Argentine Court appears to be adopting a global trend spreading from Asia to regions as diverse as Latin America and Europe. Today countries like Malta, Luxembourg, Italy, Portugal, and Thailand also have legislation to allow home cultivation of cannabis. The international normalization discussion, which is currently evidently under place both legally and politically, has made home growing for recreational and medical purposes quite fashionable.

Argentina’s decision has a significant domestic impact. However, the time is crucial as country after country starts to implement or at least discuss expanding home growth more broadly.

This sudden emergence of cannabis homegrown legislation in different countries can be attributed to various reasons.

The primary reason is that the government has begun to see why the drug is needed for managing a series of disease conditions. The International healthcare system is still experiencing the aftermath of the COVID-19 pandemic. There are several unresolved crises in the system today because hospitals are yet to return back to their pre-pandemic phase. Not to mention the overwhelming number of individuals opting to register for medical cannabis programs not because of an illness but because of the non-availability of recreational reforms.

In other words, it is increasingly evident that home cultivation does not constitute a treasonous attempt to subvert a regulated industry. Home growing of cannabis is a very logical step towards a regulated market when it is tracked.

In nations like Germany today that are on the cusp of legalizing recreational use, it is true that patients are the ones who suffer the most from any delay in full legalization. In the German courts alone, there are about 200,000 criminal cases outstanding for low-level possession, cultivation, and use. The state can quickly eliminate this enormous waste of time and resources. The case law on appeal is starting to move this way. However, courts are increasingly acknowledging that insurers are also compelling legitimate patients to file lawsuits to receive coverage. They must acquire their supplies in the interim, taking chances.

Anywhere right now, arresting sick people is not a good look. In reality, no matter how one looks at this, it just makes sense to make it simpler for those who are chronically ill to more or less treat themselves at a time when healthcare institutions are struggling to keep up with merely “normal” care. Where, or. Ukraine serves as a stark illustration. Beyond this, though, chronic care provision—including for ailments typically treated with cannabis—is a problem in every western state.

In addition to these facts, of course, such legal and political choices are being made at a time when states are being compelled to examine how laws are enforced, if not the rules themselves, and for causes and themes other than cannabis reform.

Looking at the Canadian model, one would see that patients are a competition to the industry. Though this legislation may not immediately improve the legal market, it would more or less stimulate it.

In some years, Argentina’s economy would benefit from the revenues generated from the medical cannabis industry. Growing cannabis takes time, energy, and expertise; hence, not all patients would be able to achieve homegrown plants. Some would prefer to purchase their cannabis-infused medications the same way they get regular food, drugs, and other products.  Not to mention that with time, patients would begin to seek more effective or potent cannabis-infused products for their illnesses, as their homegrown plants may not be as effective as what is being sold in the legally regulated market.

This would result in the creation of more jobs and better amenities.

Argentina’s supreme court has made the right decision that would benefit thousands of Argentinians in the long run. With this legislation, a middle ground allowing both sides to flourish would be established in no time. As you know, recreational cannabis legalization is inevitable, especially with the recent findings about the drug’s medicinal prowess. Still, till that reform is here, laws like this will help reduce the stigma and demonization of cannabis use. 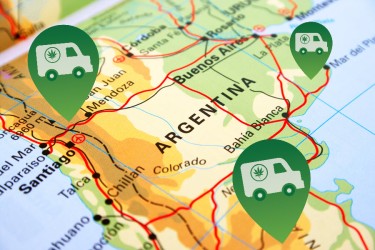