Cyprus Approved Medical Marijuana in 2017, But Then Nothing Happened for 5 Years 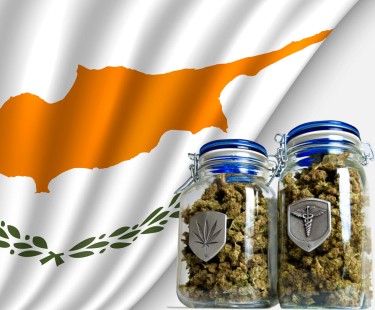 In 2017 the Government of Cyprus announced it had passed a cannabis reform bill that would allow patients in the later stage of specific conditions to use medical cannabis as an alternate treatment. Five years later, today, the government is yet to implement this legislation or any other cannabis reform bill. In fact, the country has remained highly intolerant of cannabis, and the drug is still considered totally illegal.

Anyone caught in possession of cannabis, whether medicinal or recreational, risk being fined or sentenced to prison. If you’ve been planning a cannabis-infused visit to see the beautiful beaches in Cyprus or enjoy their pleasant weather conditions, it’s best you have a rethink. The current reality in Cyprus sees cannabis herbs as wrong and dangerous, despite the dozens of studies that have proved otherwise.

Medical marijuana is completely illegal in Cyprus, unlike neighboring countries that allow cannabis dispensaries to function. When the government announced a reform in 2017, many were ecstatic that the reform signaled new beginnings, but nothing has happened. No cancer patient in the later stage of the disease has been treated with Cannabis flowers, oils, or infused drugs.

In 2019, the government announced a more comprehensive medical cannabis bill that legalized the possession, use, and sale of medical cannabis for a broader scope of health conditions. Like the first bill, this has also not been implemented.

The Cyprus Patients Federation (OSAK) expressed their disappointment in the government. The body noted that patients have yet to access the much-needed drugs. Not to mention that hundreds of people are suffering daily due to this delay. OSAK said that the government had more than enough time to implement the legislation. The OSAK organization stated that the difficulties in putting the law into effect are inexcusable and that people who critically want medical cannabis to manage their health complications effectively do not have it.

Since it has not been made accessible to patients, Cyprus’ legalization of the use of medicinal cannabis essentially signifies nothing, according to OSAK. There is a misunderstanding regarding who will have access to medicinal cannabis, it was stated. As a result, the entire situation has been left to linger in the hallways of the Health Ministry.

It comes as a shocker that the Ministry of Health has become mired in production-related difficulties that have little to do with the requirements of thousands of patients, OSAK added, rather than addressing the critical issues connected to patients ’ access to medicinal marijuana.

According to OSAK, the question of usage should finally be separated from the processes of cultivation and production. The state ought to guarantee a higher quality of life for those with major health issues and end their misery.

The legislation passed in 2019 law governs the growth, manufacturing, import, and export of pharmaceutical cannabis as well as its usage in pharmaceutical production, medical research, and the free prescription of medicinal cannabis to qualified patients. The law stipulated that during the first 15 years, only three producers would be granted licenses in an effort to draw financially stable businesses with extensive experience growing and manufacturing medicinal cannabis from across the world.

It can be recalled that Louis Panayi, Head of the Pharmaceutical Services, said that patients would be supplied with medical cannabis provided they have an official prescription from registered medical personnel. He has explained that the process would allow patients to get access to quality cannabis. He also added that very few people would remain exposed to dubious cannabis products once the legislation was implemented.

OSAK has no option but to continue asking the government to implement the approved medical cannabis bills.

Cyprus is one of the European countries with comparative advantages over other countries due to its climatic conditions, which are ideal for cannabis cultivation. The country has extended periods of sunshine and fertile grounds that can produce high-yielding weed strains.

The country can generate millions of dollars annually from medical cannabis production. And from this, the state coffers would receive a big chunk of the profit as tax revenue. Panayi also described the many benefits the Cypriot Economy could make from exporting excess medicinal cannabis to other European countries.

What Happens If You’re Caught With Cannabis In Cyprus

According to the 1977 Narcotics Drugs and Psychotropic Substances Law, recreational cannabis is classed as a Class B drug in Cyprus. This indicates that possession of the drug has a maximum sentence of 8 years in jail and that use of the drug carries a potential life sentence. A full term of 2 years in prison may be imposed for possession if the offender is under 25. A minor who first violates the law may receive a warning.

All cannabis-related actions, including selling, possessing, cultivating, and purchasing, are prohibited. According to reports, the police in the area have a zero-tolerance policy toward marijuana use and don’t give tourists any special treatment. Indeed, according to some stories, the local police force will commence a search of a person’s goods and harass anyone they suspect of engaging in criminal activity.

Possessing any type of cannabis, either medicinal or recreational, in Cyprus is not advised—especially when done in public spaces. Once caught, your information including fingerprints and a confession is taken and logged into the system. In some cases offenders can be enrolled into a special 6 month cannabis detox programme.

Although medicinal cannabis has been legalized in the island nation of Cyprus, it has become apparent that implementation may be very far off.

Some reports claim the government is working on securing the delivery of cannabis-derived medications by international businesses to Cyprus so that patients can have easier access. We believe it would be best to allow people grow their own medicine considering the perfect weather conditions in the country. Until the law is implemented, the country may continue to be ridden by illegal drugs trade, and patients abusing prescriptions in a bid to treat or manage their symptoms. 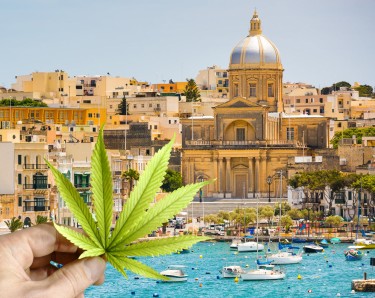 MALTA LEGALIZES MARIJUANA, YOU JUST CAN’T BUY IT OR SELL IT!

Settlement ends fingerprinting delays that kept migrant kids in U.S. custody for months at a time