Did the UN Just Force Albania to Legalize Medical Marijuana? 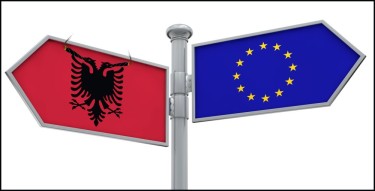 Albania, a small country in Southeastern Europe will be difficult for many to locate on a map. Albania is a coastal country that is directly opposite the Adriatic Sea. Presently, the happenings in the small country are unique to the discussions surrounding cannabis legalization.

Not long ago, Albania was labeled the 7th worst country in the world for illicit cannabis operations. Now, its government has decided to legalize medical cannabis in the country. The law is said to govern the control of the processing and cultivation of cannabis plants. I will also regulate the production of cannabis by-products for both industrial and medical purposes.

The Significance of the Legalization

The bill drafted does not make available enough details except for its goal to regulate cannabis cultivation and production for medical use and export. Although additional details now made public in press coverage revealed that licensing will be issued to greenhouses and various covered and secured areas reaching 150 hectares.

The license issued is also said to be valid for a maximum period of 15 years. Businesses are also required to have a minimum working capital of $85,000, employ a minimum of 15 workers, and must pay a tax rate of $1.50 of annual turnover in growing plants to the state.

Regardless, the most interesting perspective about the recent developments is that the bill was particularly introduced by the high ranking attained by Albania in the UN’s latest reports on crime and drugs. The fact that Albania was literally named for the “Balkan Route” for transporting heroin to western countries as well as through the Adriatic to Italy from Pakistan does not help the present situation.

As it stands, the bill will now be available for public reaction and comments, after which it will be passed to Parliament.

Meanwhile, oppositions to the bill are disappointed and furious, claiming that the recent development is erratic and will only lead to more illegal cultivation. A leader of one of the two political groups and a member of the parliament, Enkelejd Alibeaj is now opposed to the reform. In fact, he has accused the prime minister of being soft on the issue even after the ex-interior minister is currently serving jail time for his involvement with cannabis trafficking alongside criminal groups.

As things are, a lot of criminal groups have movies their cannabis cultivation indoors to evade detection and arrest. Roughly one-third of the total 8,328 Albanians indicted for trafficking cannabis between 2013 and 2019 have been convicted.

In contrast, the Albanian government believes that the recent development will allow them to have better control of their cannabis industry. Most importantly, the bill will bring in the much-needed revenue from medical cannabis sales and income from foreign export.

Even though the attempt at medical cannabis reform by the Albanian government is admirable and certainly long overdue, the bill may not achieve its intent. But again, which legalization efforts have been executed smoothly anywhere? That being noted, the next-door neighbor, North Macedonia, is in a similar position.

The truth is, medical cannabis reform has not been the windfall many have so far wished for, majorly, this is because of the so many complexities surrounding the export of this narcotic from the Balkans and non-European countries to the E.U. Nonetheless, the medical cannabis reform by the Albania government is the next step in an impending position.

The History of Cannabis in Albania

Although illegal cannabis cultivation was first localized, a series of increasingly violent and powerful games eventually penetrated the industry. Violence and illegal activities peaked in the country in 2016, the same year Albania was named the 7th largest illicit cannabis producer in the world.

With so much violence, international efforts were made to curb and disrupt gang activities the following year but much hasn’t been achieved. The only apparent difference is that most cannabis traffickers have been pushed into remote locations using more evasive techniques.

Authorities have been able to identify and take control of 613 hectares (1,514 acres) of land cultivated with cannabis. A larger percentage of this land is located in Lazarat, a southern village in Albania that is also called “Europe’s cannabis capitol.” Albania is a country of just 2.9 million hectares, which is a massive amount of land used for cannabis cultivation.

Certainly, in a country like Albania, it will be interesting to see the effect of medical cannabis legalization. This will be particularly insightful considering the issue of cannabis reform is also moving forward on the international stage.

The latest report from the U.N. concerning international drugs and crime also came off as controversial given its assertions about heightened cannabis use and justification for it. It seems it has now caused a major impact on at least a country’s reform schedule following the conclusion of Germany’s hearings concerning cannabis reform.

Albania’s plan to legalize medical cannabis is truly a bold step considering the country was once a haven of illegal cannabis cultivation.

If the bill is passed, establishing a legal medical cannabis industry will surely create more economic growth for the country and its citizens. Certainly, anything that helps the country grow economically is good. But, the state needs to be careful enough to implement taws correctly to avoid them being negatively exploited. Even though economic growth might be limited compared to other countries, medical cannabis reform in Albania will surely help the country to a degree.

The history of Vieques and Culebra illustrates an ugly colonial tale