How Much Weed is in a ‘Zip of Cannabis’? 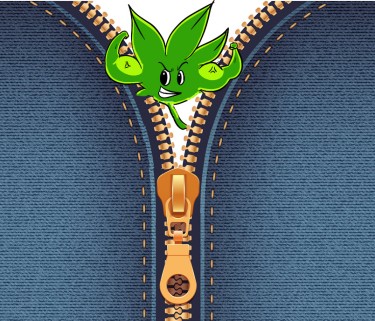 Regardless of how enlightened a person is, it is impossible to start smoking as an expert. You grow in the field as you continue to imbibe. One knowledge you learn about as you use cannabis is the different measurements used to sell the herb.

A long time ago, when cannabis was an illegal drug in every region and continent, it was tough to purchase cannabis without connections. Today, at least two in five states have legal cannabis dispensaries where you can walk in to buy cannabis. But still, before purchasing cannabis, you ought to understand every measurement used. Cannabis could be sold in ounces or grams.

A less popular unit is in zips. If this is your first time reading about cannabis zips, you’re not alone. If we’re keeping it a buck, using the word “zip” in connection to cannabis is no longer common. Since you’re already wondering how much cannabis is contained in a zip. We won’t let you remain in the dark spot again. Think of this article as a comprehensive encyclopedia on the phrase “how much is a zip?”

Origin of the phrase “Zip of Weed”

If you’re a fan of etymology, you’d know that not all words or terms can be traced. No one can categorically state the first time “zip” was used to quantify weed. No one knows what state used the word first.

We know that Zip has been adopted as a descriptive cannabis term. Who adopted it first, no one knows. Over the years, some other slang words have been used in place of “zip” ; these include Ounce, Full O, Big O, and Z.

Although Ounce is not slang, it is a customary unit of measurement used in the United States. Here, a zip of marijuana is approximately equal to an ounce, using a scale set to the U.S Customary Units System. The terms — Full O and Big O— are used to reference the ” O” in the Ounce.

Makes you wonder where Z originated from, yeah? We are not quite sure about it also. It is either a reference to the “Z” at the beginning of Zip or a reference to the final letter in the abbreviation of Ounce (oz). However, some believe the Z comes from the word “Ziploc bag.” In the absence of cool packaging in the early years, cannaprenuers used plastic bags known as Ziplocs to sell their products. As luck would have it, an ounce of cannabis fit perfectly in a Ziploc baggie.

A conversation between a cannaprenuer and a toker back then probably went from ” can I have a ziplock of cannabis” to “can I have a Z of cannabis?”. Do you get it? Who knows, maybe somewhere along the line, one of these tokers said something like, ” Give me a zip of weed!”.

First off, do you know that when you ask how much a zip of weed is, you could be inquiring about its quantity or cost? It could be interpreted as ” how much money would I use to purchase a zip (amount) of cannabis? Or “what’s the amount of cannabis I would get in a zip of weed?”.

How confused are you right now? Be calm. We’ll wade through this with you. Prepare for a little bit of arithmetic, though!

In terms of quantity, a zip of weed is used to describe 28 grams of cannabis. Or, in mathematical terms, 1 zip of weed equals 28 grams. This is a pretty big pile of cannabis.

In terms of rolls or joints, a zip of cannabis contains 40 joints of cannabis. This is obtained by a practical breakdown of how much cannabis an average joint contains, which is 0.7 grams. (Note that this is an estimate), your joint could sometimes be heavier or lighter than this amount.

Forty joints of cannabis is a whole lot of joints. For some, it could take an entire month and more to finish. In comparison, others who occasionally have friends have enough to go around. So you can just imagine that zip of cannabis wouldn’t come cheap.

How much does a zip of weed cost

There’s no straight answer to this question. The answer depends on the state and the strain of weed in question. One thing that, however sure, is that a zip of cannabis costs at least a few hundred dollars. It could be up to thousands if the strain is premium.

For instance, we made a quick tour of the dispensaries in Michigan to investigate how much a zip of various weed strains costs. The lowest price we saw was $260—the price of the Blue Dream and West Coast Sour Diesel strain. A zip of other strains like WiFi OG, Platinum Cookies, 99 Problems, White 99, Orange Kush Cake, and Baker’s Delight were priced at $285, $315, $375, $400, $350, and $560, respectively.

Why Buy In Zips?

The only financial advantage of purchasing a zip is that you’ll typically receive a discount because you’re buying “in quantity,” albeit there are many other advantages once you smoke it.

For instance, a gram of Blue Dream costs $10 at the Michigan dispensary. 28 separate grams would cost $280 if purchased over the course of a month.

For the inside scoop, speak with the budtenders at your neighborhood dispensary. And don’t be scared to ask, “How much is a zip,” right in their face. They will fully understand you.

The evolution of words made the cannabis industry move from Ziploc to zip and then to Z. But like all things, even words get outdated with time. Neither of these three is common today. While the term may be outdated, it helps to keep in mind that the zip of weed is equal to an ounce of cannabis, which is also equivalent to 28 grams of weed. 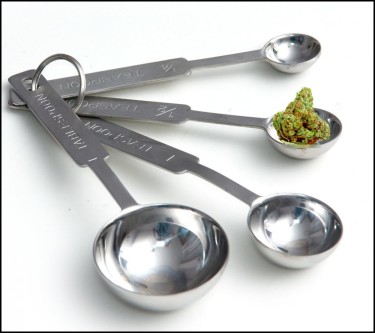 UNIVERSAL CANNABIS MEASUREMENTS IN THE FUTURE?