Is Cannabis Now Winning the Fight Against Cervical Cancer? 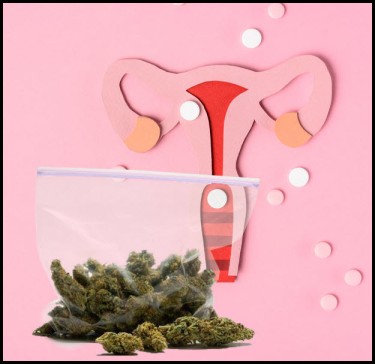 Cervical cancer affects the cervix, the part of the uterus that is linked to the female genitalia.

This cancer begins on the cervix surface, once the cells begin to multiply and some turn into precancerous cells or lesions. According to the World Health Organization, this is the 4th most common cancer among women. Most of these cases are due to exposure to human papillomavirus (HPV), one of the most widely spread sexually transmitted diseases. In some cases, HPV can resolve on its own although if there is persistent infection, then this can result in cervical cancer.

Treatments for cervical cancer include chemotherapy, radiation, surgery, or a combination of two of these. The type of treatment needed for cervical cancer will depend on the severity of the condition. However, the prognosis for women with cervical cancer depends greatly on the cancer stage; over 90% of women who have been diagnosed with stage 0 cancer can survive another 5 years, and these figures decrease rapidly the further the cancer has spread.

How Cannabis Can Help

There have been some studies showing how cannabis can help women with cervical cancer. In one analysis, 83% of 31 women with this condition reported that using medical cannabis was effective in helping their cancer and alleviating symptoms that arose due to treatment, such as reducing opioid use, a decrease in appetite, anxiety, nausea, insomnia, pain, and more.

Another study revealed that using cannabidiol (CBD) was effective in inducing apoptosis, or causing cancer cells to kill themselves off, in cases of cervical cancer patients among women in South Africa. The researchers believe that CBD was effective in doing so by activating a Bcl-2 degradation pathway which promotes the action of cancer cells killing themselves off.

There is also another popular study from 2016, conducted by researchers from Kent State University’s Department of Biological Sciences. They analyzed the impact of CBD on cervical cancer cell lines, and found that CBD was effective in inhibiting these cell lines while also encouraging apoptosis, within an impressive 24 hours after exposure to CBD. The researchers concluded that CBD is anti-proliferative through several mechanisms and has potential for treating cervical cancer. Also in 2016, a study released in the BMC Complementary and Alternative Medicine journal found that crude cannabis sativa extracts as well as CBD were effective in decreasing the viability of cancer cells while stopping proliferation when tested on three cervical cancer cell lines.

There are also documented anecdotal cases, such as this woman from New Zealand, who says that cannabis helped to cure her stage 2 cervical cancer. According to Shona Leigh, her doctors advised her to undergo chemotherapy, though she rejected her doctors’ recommendations and instead discovered the benefits of cannabis oil. She disclosed to the Daily Mercury that after taking cannabis oil, her cancer was cured.

Cannabis for The Side Effects of Chemotherapy for Cervical Cancer

For women that have to undergo chemotherapy for cervical cancer, there may be some unpleasant side effects that are commonly associated with this treatment. Cannabis can help too, improving prognosis because it can mitigate the effects that can sometimes prevent people from continuing chemotherapy.

There have been many studies proving the efficacy of cannabis for the side effects of chemotherapy. One study in 2020 was conducted by researchers from the University of Sydney together with the NHMRC Clinical Trials Centre and the Chris O’Brien Lifehouse. The researchers found great improvements among patients who suffered from nausea and vomiting caused by chemotherapy among a quarter of patients who were taking medical cannabis. “These encouraging results indicate medicinal cannabis can help improve quality of life for chemotherapy patients,” said Associate Professor Peter Grimison. “Nausea and vomiting are among the most distressing and feared consequences of chemotherapy,” he adds.

A study from 2014 showed that using CBD was helpful in decreasing neuropathic pain, one of the side effects of chemotherapy. The study involved administering healthy mice with chemotherapy drugs thrice a week, which went on for 10 weeks. Half of the mice were also given CBD together with chemotherapy, and it was found that the chemotherapy made the mice more sensitive to stimuli. However, those that were given CBD were found to have a higher pain threshold.

If you are interested in integrating cannabis to your cervical cancer treatment, it’s always wise to let your oncologist know ahead of time. Working with a doctor who is knowledgeable with the use of medical marijuana can help you navigate the often overwhelming world of medicating, especially for first-time users. This is especially critical if you are taking other medications such as blood thinners, because cannabis use can have interactions with other pharmaceutical drugs.

While there have been patients who have foregone conventional treatment altogether, there is not sufficient evidence that only medical marijuana can treat terminal conditions such as any kind of cancers. Because of this, cannabis may work best in conjunction with other treatments that your medical provider has recommended. Feel free to ask your doctor as many questions as you need to feel confident about using marijuana for treating cervical cancer. It’s available in many forms though for terminal patients, smoking or vaping may not be the best route of administration. Instead, opt for edibles, oils, and sublinguals which are safer to take and are gentler on the body.

More research onto the use of cannabis for various cancers is ongoing, though the present evidence that we have supports the potential use of cannabis as complementary treatment for cancers. CBD and cannabis products can have life-changing benefits for those struggling with the Big C.

Is It Legal to Mail Cannabis or Edibles Within the United States?