Is It Legal to Smoke Weed in Public in Canada? 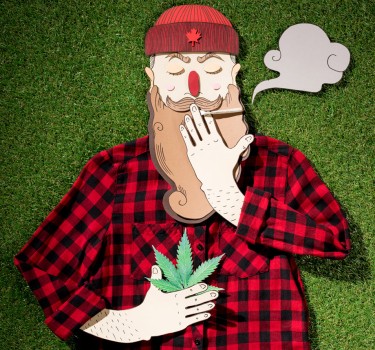 At this point, it’s not news that Canada became the second country to make recreational cannabis legal a few years ago. Ever since the announcement of the progressive step in Canada, people all over the world and Canadians have wondered what cannabis regulations in the nation will look like. After a series of debates, a mutual collaboration by Justice Canada, Public Safety Canada, and Health Canada assisted in finalizing the federal cannabis laws and regulations of the nation. While the most famous marijuana-friendly provinces adopted identical measures, each was permitted to come up with its own alterations to the law.

Due to this permission, laws vary among provinces at times. The more occurring laws that slightly change include the legal age for consumption and home cultivation. Still, the use of pot publicly is an aspect of legalization mostly discussed. As it stands, this is how the 20 provinces in Canada control public marijuana consumption.

Canada’s stand on cannabis consumption in public differs between provinces. Here is a quick summary of some of the very popular areas in the country. Most significantly, note that cannabis laws in Canada are not universal, and territories may make their own additional restrictions on cannabis use in public.

According to the cannabis structure in Alberta, residents can enjoy marijuana in their homes, and public consumption is treated similarly to tobacco. Nevertheless, smoking is prohibited in vehicles and a few extra bans than only tobacco.

Vaping or smoking of marijuana publicly is banned in the places tobacco also is, and on any school property, hospital property, or child care facility property, a sports or playing field, or in any motor vehicle apart from those being used as temporary residences (like an RV). Marijuana cannot be consumed at any of its retail outlets.

The laws on public consumption in British Columbia are also the same as tobacco vaping or smoking. Essentially, if you can’t take tobacco in a place, the same applies to weed. Some public places where it is prohibited include parks, and playgrounds, among others. And some gathering places especially for children. Also, according to regulations of B.C for marijuana legalization, visitors will be permitted to smoke marijuana in hotel rooms.

Ontario had originally planned to keep marijuana consumption within the home. But as legalization came to Canada in mid-October, Ontario changed its course and chose to treat marijuana consumption as it did cigarette smoking. Ontario marijuana laws permit outdoor consumption in public spaces for adults like parks, hotels, and Healthcare facilities. In indoor enclosed public places, places of child care, and hospitals, smoking is banned.

In Manitoba, the laws on public marijuana consumption are pretty restrictive; it includes a $2,500 fine for growing in the home. In Addition to prohibiting the use on public land, the province has banned weed use in most areas. Present regulations basically limit consumption to the home, which some consider a shame as some of the most spectacular parks just urging for a stoned stroll within the woods are located in Manitoba. The Manitoba Progressive Conservative administration has made it clear that it intends to outlaw public edible consumption as well, even though current rules only relate to smoking and vaping.

The cannabis laws in New Brunswick limit consumption to home only. Furthermore, the homeowner decides if cannabis can be consumed on his property or not. This means that landlords can ban tenants from using it on their property. It is advised in the province that agreement on rentals should stipulate rules for consuming cannabis from now on. Also, the prohibition on consumption includes vehicles, whether running or not.

Recreational public use of cannabis is banned in Newfoundland and Labrador, unlike vaping and smoking a cigarette. Consumption is restricted to private residencies and their connecting lawns. However, patients are allowed to use medical cannabis publicly as allowed by previous laws.

The Smoke-free Places Act of Nova Scotia sees the consumption of cannabis in public places just as it does cigarettes. Smoking of all form, including cannabis, are banned in all beverage rooms, cabarets, and restaurants in the province. The law also covers water pipes and e-cigarettes in addition to cigarettes and marijuana. The maximum penalty for breaking the legislation is $2,000, the same amount as for drinking while operating a car.

This is another province that limits consumption to your home. Regulations in this province state that individuals over 19 years of age can consume pot in an apartment, hotel, house, or campsite. Additionally, the owner of a property is permitted to prohibit smoking in their multi-unit residence but may create a space outdoors for smoking.

The laws of Quebec have been described as being complex and potentially subject to modification. Currently, cannabis is treated by the legislation much like cigarettes, with some additional sites being prohibited. Changes in local regulations are also likely to confuse consumers in the province. Some towns have taken it a step further and outlawed smoking in all public areas. Others, such as Montreal, have chosen to adhere to provincial legislation.

The law in Saskatchewan is limiting recreational consumption to private residences highlights concerns about public health. While camping, marijuana use is permitted, but campers should be aware that the site’s minister has the last say. They have the final word about whether consumption is permitted on their property, much like landlords do.

The laws on cannabis are liable to fast changes as provinces in Canada refine guidelines. On the local and federal levels, regulations could alter throughout the year or shortly after. Due to popular demand, information learned from data, and other facts, some laws may likely be altered. Local regulations may also alter as a result of tourist demand. Whatever the situation, there is a good chance that the current laws will change somehow. At the very least, we are aware that concentrates and edibles are about to arrive and that another set of rules for public consumption will follow.

CANNABIS USE IN PUBLIC, READ MORE… 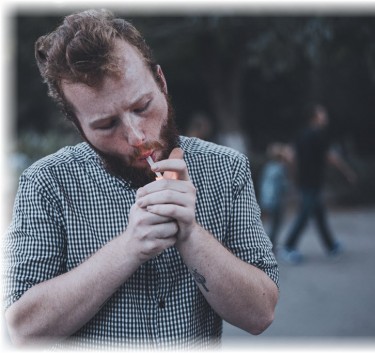 SMOKING WEED IN PUBLIC – SHOULD IT BE ALLOWED WITH LEGALIZATION?

Relapse Patterns in Chronic Hep B After Halting Treatment