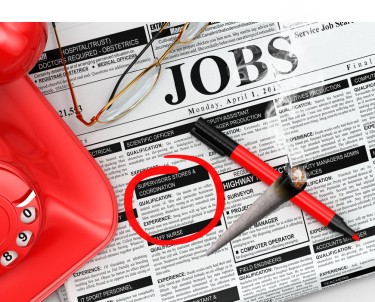 Dr. Mehmet Oz, the Republican Party’s senatorial aspirant for Pennsylvania, has claimed that making cannabis legal could result in higher unemployment rates. But it isn’t easy to find proof of his hypothesis.

The Republican Mehmet Oz, who is presently anticipating the verdict of a very slim United States Senate primary race versus David McCormick, ex-hedge fund CEO in Pennsylvania, embarked on a cannabis rant while rattled before the election day. In a nutshell, he stated that individuals who smoke pot would not desire to work, which will, in turn, drastically increase the rate of unemployment that is already high in Pennsylvania (The Keystone State).

For a fact, there is no way he can prove the correlation between weed and unemployment, but some people can. One of those people to break down his wrong claims and check the facts on the matter was Newsweek. They found that he was wrong, and this is why.

In May, while talking with Newsmax about cannabis, Oz made a lot of rather ridiculous claims. For example, handing pot to Pennsylvanians so that they remain at home is not the right move. He stated that he did not want to grow an addiction to cannabis, which is not a physical addiction but an emotional addiction. He went on to say that he does not wish individuals operating heavy machinery close to him, that is, driving around him when they are having their fourth spliff that day.

But the one that stood out the most was when he said he didn’t want young people to believe that they need to smoke a spliff to leave the house in the morning. He said we have to get Pennsylvanians back to work and give them their spark back, and he doesn’t want cannabis to be an obstacle to that.

Why It’s All A Sham

We are yet to ascertain the grounds on which Dr. Oz based his employment and marijuana assumptions. As pointed out by outlets like Newsweek and Leafy, this claim is simply absurd and is based highly on the assumption in place of fact.

According to statistics from the United States Bureau of Labor Statistics, the periodically adjusted rate of unemployment for the Keystone State was 4.8%, which was amongst the highest recorded in the country. This is a little bit more than the rate of unemployment in the nation. This, obviously, is just a rough measurement because while it’s just a few states that have fully legitimized cannabis, a lot of them have approved cannabis for medical purposes.

Additionally, states like Nevada, California, and New Mexico record more than average unemployment rates, i.e. (between 4.6% to 5.3%). With all these, the unemployment rate in Pennsylvania, as mentioned, is one of the highest in the country, even higher than a lot of other states that have legalized cannabis for recreational use.

California, Nevada, and New Mexico are but a few of the states that have legalized cannabis that have high rates of unemployment, but there are also states like Texas and Delaware, like Pennsylvania, where cannabis is not legal, yet they have higher than average unemployment rates

If Dr. Oz truly wanted to speak to the facts, he would know that a cannabis-supporting economy (recreational or medical) provides jobs in Pennsylvania. Talkless of tax revenue gotten from legitimate sales fueling social programs which, in theory, could alleviate unemployment and fuel substance abuse and mental health initiatives.

His correspondence where weed raises the rate of unemployment just does not work because several factors are also obviously at work, that have absolutely nothing in relation to cannabis. And let us not even begin to speak on the delusion that marijuana makes people lazy.

Furthermore, there is substantial evidence that cannabis legalization brings about fresh opportunities for growth, business, and employment.

Research carried out by California Polytechnic University, and the University of New Mexico discovered that areas where you could find cannabis dispensaries experienced higher employment rates. The jobs created by marijuana legalization outweigh any negative aspect of the legalization.

Taking data from the state of Colorado, another research discovered that the sale of cannabis for recreational use via dispensaries was linked with a 0.7 percentage point reduction in the rate of employment and a 4.5 percent increase in the number of employees overall.

If Oz goes ahead to win the Republican primary, in November, he will then run for a United States Senate seat opposing Lieutenant Governor John Fetterman (D). The Lieutenant Governor who emerged victorious for the Democratic ticket in May’s majority vote is known to be an advocate for cannabis and a pro-weed politician pressing for the legalization of cannabis at both state and federal levels.

Mostly seen in relaxed, unofficial clothing, T-shirts with marijuana leaves, shorts, and (most shocking) hoodies… the Senator knows what he stands for and hasn’t moved from his platform. Dr. Oz is firmly against marijuana legalization at federal or state levels. That is not in line with what voters want. Support for cannabis reform has been the highest ever since 2021.

With cannabis now being legal across 19 states, Rhode Island being the latest, alongside Washington D.C. The United States is tilting towards cannabis and not away from it.

This claim made by Dr. Oz seems to have been based on no concrete evidence. As the statistics on employment alone can not be used to ascertain if the legalization of cannabis affects the unemployment rate, it is not solid enough to suggest a correspondence between work and weed.

Even while yet to fully legalize cannabis, The Keystone State, where Dr. Oz plans on becoming a Senator, as of April 2022, records one of the highest percentages of unemployment in the United States. Whereas some states where both recreational and medical cannabis have been legalized can boast of lower rates of unemployment. Substantial evidence that cannabis legalization leads to a decrease in the rate of unemployment and boosts businesses are available. These facts defeat Dr. Oz’s entire claim, correlating joblessness and cannabis. 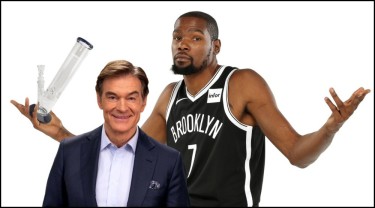 A TALE OF TWO BUSHES – KEVIN DURANT AND DR. OZ ON CANNABIS!

DR. OZ SAYS CANNABIS CAN GET PEOPLE OFF OPIOIDS!

COVID Vax a Must at the Border; WHO to Rename Monkeypox; Abortions Rose in 2020