Marijuana Industry Layoffs – What is the Dramatic Shift Dutchie Sees That Made Them Layoff 67 Employees? 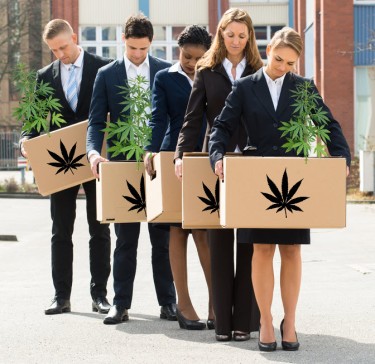 On the 6th of June 2022, reports of Dutchie laying off 8% of its employees hit the news, and the CEO and co-founder of the company, Ross Lipson immediately confirmed the reports. He cited reasons such as a “drastic market change” and the need to “restructure” various units of the company as what brought about the layoffs.

Taking a closer look, the company’s employee count isn’t the only thing that has declined of late. Based on the interviews conducted by Forbes with present and past employees, present Dutchie fund managers and investors have also declined to invest in the company. Does this mean the days of stratospheric valuations have come to an end?

(For the sake of anonymity, the names and identities of people interviewed by Forbes are withheld)

An investor who was contacted several times by Dutchie shareholders claimed during the interview that Duchie’s last year’s valuation was nothing but lunacy. He affirmed that those who paid for the share were in a different time and a different world.

Investors initially flooded to buy Ditchie’s shares given the company’s potential for excellence at the infancy stage of the cannabis industry. In 2020, cannabis sales across the United States reached a total of $17.5 billion and this number is predicted to reach $100 billion by 2030. Dutchie being a cannabis software company became a way for many to invest in the cannabis industry without actually investing in a proper cannabis company.

Lipson has affirmed that even with the layoffs, the company’s position in the market remains unchanged and Dutchie will continue to deliver to its investors and clients. Addressing the rumors about a decline in Dutchie’s valuation, Lipson claimed that the current valuation remains unchanged since the latest round of funding and all rumors contrary to that are false.

In his words, Dutchie still holds a very strong position in the market and the company is more focused on continuous growth. He said that the company will go to employ top talents and reach out for more growth opportunities that will lead to the achievement of business objectives. Through this, the mission of the company can proceed, providing easy and safe access to cannabis while pushing thr cannabis sector award.

Meanwhile, the head of a venture capital company who is an early investor and has invested in Dutchie’s three successive rounds of funding, believes Dutchie’s valuation has dropped. However, he’s still very optimistic about Dutchie and advised that the company should reduce headcount and battle down the hatches.

He claimed that even though Dutchie is still fundamentally solid, one cannot just ignore that the tech has cratered. The investor claimed that he’s not surprised that available offers are not present in the secondary market. Although he thinks a 50% discount is mere speculation given tech is also down by 40% or more.

As it stands, an unprofitable cannabis software company with about a $20 million monthly burn rate and annual revenue of $45 million could reach a valuation of $3.75 billion. The investor pointed out that big names such as Durant and Schultz helped Dutchie achieve such big numbers.

Not alone in the Downturn.

The current issues faced by Dutchie aren’t peculiar to the software company. Eaze, a cannabis delivery firm, and Akerna, also a software company have laid off some employees in recent times.

On the other hand, MSOS, a cannabis firm that is publicly traded has also experienced a down. The firm is down by 70% when its numbers are compared to the previous year. Some of the biggest cannabis firms kike Green Thumb Industries, Trulieve, and Curaleaf have also witnessed their stock prices plummet by 60% since June 2021.

This downturn also spread to other venture markets as Forbes reported that many startups with a valuation of $1 billion or more now trade in the secondary market at a discounted rate between 20% and 40%.

So far, Dutchie’s sponsor, Tiger Global has refused to comment while Cass Verde and D1 Capital did not respond to emails and calls. Dutchie affirmed that one of its investors bought more shares on the secondary market at the present valuation but failed to mention the investor.

Gaurav Ahuja, a partner of Thrive Capital stated that the company is still very optimistic for Dutchie and doesn’t believe the economic headwinds will last long. He affirmed that since cannabis legalization continues to grow across the globe, firms like Dutchie still have enough space to grow and witness rapid growth. And this is true even when vast macroeconomic situations are at play.

However, both a former employee and a present employee confirmed that the firm is behind in the launch of several products. The notable Dutchie Pay which Dutchie advertised as a mobile payment product that enables customers to order and pay for cannabis products online using ACH transfer. The app had an alpha launch in the first quarter of 2022 but a wider rollout is still pending.

The former employee claims that people in the company have seen the writing on the wall. He claims Dutchie does not have enough products to substantiate its valuation and lacks adequate strategies too.

An investor who refused to pour his money into Dutchie after several offers from the company did confirm that Dutchie has a smoky software offering. However, he wonders if it is better than its mainstream competitors. The investor claim that Dutchie sells itself by saying they are the Shopify of cannabis, but the question is why can’t Shopify be the Shopify of cannabis?

Only time will tell if Dutchie will be able to pull itself out of this downturn. Just like Gaurav Ahuja said, since cannabis legalization continues to grow across the globe, firms like Dutchie still have enough space to grow and witness rapid growth. So one can only be optimistic for the cannabis software company. 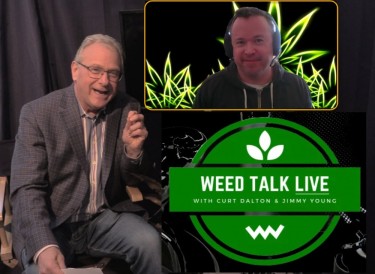 CANNABIS INDUSTRY LAYOFFFS ARE HERE, WHAT IS GOING ON?

Congo peat: The ‘lungs of humanity’ which are under threat

Nepal to move Everest base camp from melting glacier