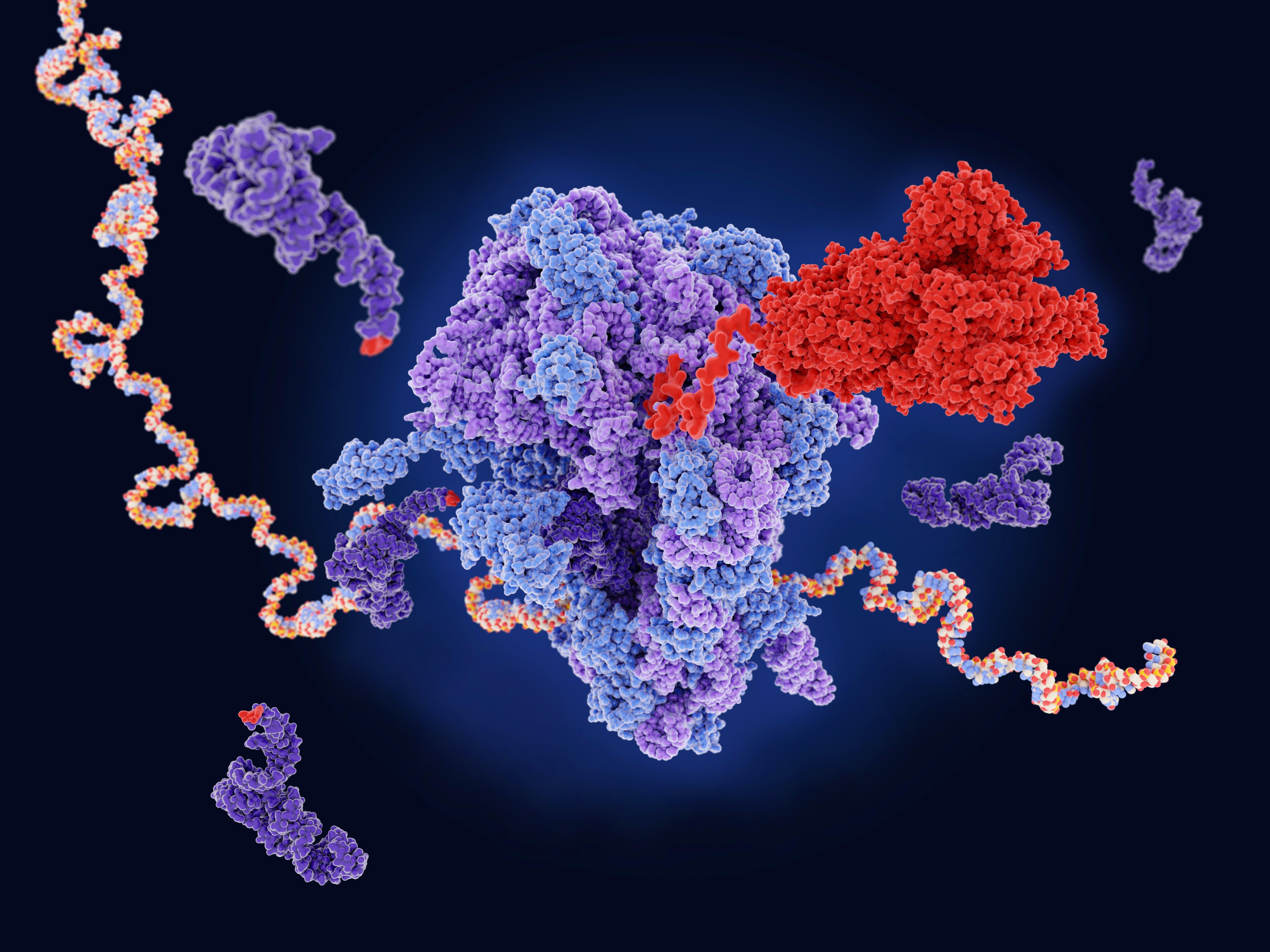 The now infamous condition long COVID presents as a wide range of symptoms—everything from persistent chest pains to rashes, pins and needles, and brain fog. Doctors can diagnose long COVID by speaking to their patients about their experiences before and after an initial COVID infection, but researchers still haven’t pinned down what causes the condition or how to treat it. Part of the difficulty is that there isn’t yet a way to measure biological signals of long COVID infections in the body to start the process of testing new treatments. Now researchers may have found a marker for the disabling condition: a piece of SARS-CoV-2, the virus that causes COVID, floating around in the blood of some long COVID sufferers well after their initial infection.

In a preprint paper uploaded to medRxiv in June, researchers reported detecting a fragment of SARS-CoV-2 in blood samples from long COVID sufferers up to a year after their original infection. The fragment is a spike protein, one of the protrusions around the outside of SARS-CoV-2 that give this coronavirus its namesake corona, or crownlike appearance. During an initial COVID infection, the spike protein typically breaks off into smaller pieces when it penetrates human cells, but the spike proteins observed in this study were still in one piece. The findings have not yet been peer-reviewed.

The researchers searched for the spike protein by using a technique designed for identifying individual proteins. They added microscopic beads covered in antibodies to blood plasma from 37 people who had been diagnosed with long COVID. The samples were taken two or more times over the course of a year since the patients’ original COVID infection and compared with plasma from a control group of 26 people who had fully recovered from the disease. The beads light up when they come into contact with the specific protein that binds to the antibody in their coating. The presence and intensity of the change can be used to tell both that the sought-after protein is present and how much of it there is.

The intact spike protein found in patients’ blood could indicate that infected cells missed by the immune system are to blame for long COVID. “Our main hypothesis is that [the spike protein is] not causing the symptoms, but it’s just a marker that is released because you still have infection of some cells with SARS-CoV-2,” says study co-author Zoe Swank, a research scientist at Brigham and Women’s Hospital in Boston.

When a cell is infected with a virus such as SARS-CoV-2, the pathogen makes copies of itself within the cell. If the cell dies, it bursts, potentially releasing intact spike proteins into the blood. Cells can also shed small packages of proteins and other materials such as viral particles wrapped in a layer of cell membrane. These are known as “extracellular vesicles,” and they could be another way for the spike protein to get into the blood stream without breaking up. Either way, these mechanisms require a reservoir of the virus somewhere in the body.

“If you had an infection, and you cleared it, then normally, you would not see [the spike protein] because all the antibodies you produced would clear everything that enters the bloodstream,” Swank says. Instead, she suggests, tissues such as those in the gut and brain could be a haven for SARS-CoV-2 within the body, preventing long COVID patients from fully clearing their infections and acting as a source of spike proteins. “Maybe the virus can just persist there. It evades the immune system somehow.”

This hypothesis lines up with other evidence that COVID infects more parts of the body than just the lungs, including studies that have found SARS-CoV-2 in deceased patients’ organs. This preprint study doesn’t rule out other possible causes of long COVID, however, particularly because not all of the long COVID sufferers had the spike protein in their blood.

“The presence of circulating viral proteins may be helpful to identify which subset of long COVID patients might have the persistent viral etiology”—the version of long COVID caused by the ongoing presence of SARS-CoV-2 in the body—says Akiko Iwasaki, an immunologist at Yale University, who was not involved with the study. “The rest of the long haulers might suffer from other causes.” These other causes could include an overblown immune response that leads COVID patients’ body to develop immune proteins—“autoantibodies”—that attack its own cells in the same way they would attack an intruder such as a virus or bacterium. These autoantibodies have been found in people’s body during an initial COVID infection, as well as in the bodies of some long COVID patients. Another possibility is that a COVID infection makes people more susceptible to other viruses already present in the body, such as the Epstein-Barr virus. This pathogen lies dormant in most people but has been found reactivated in some long COVID patients.

For Swank, the most promising part of the new study is that the intact spike protein signal was only observed in samples from people who were diagnosed with long COVID two to 12 months after first getting sick with COVID and not in patients who only experienced an initial infection. The finding hints that this spike protein found in the blood could be a “biomarker,” specifically for long COVID.

“This study, to me, is potentially a game changer, if it’s confirmed,” says infectious disease physician-scientist Michael Peluso of the University of California, San Francisco, who was not involved in the study. “One of the major obstacles to designing and implementing studies of treatments for long COVID is that, while we can ask people how they feel, there has not so far been a clear, objective marker that is measurable in the blood of people experiencing long COVID.”

Scientists would be able to measure the amount of a reliable biomarker present in the blood of a patient before and after administering medications such as antivirals. If the amount of that biomarker decreases, it could indicate the treatment is working. “It’s been quite challenging to mobilize resources to implement treatment studies for long COVID, even though everybody is in agreement that they are necessary,” Peluso says. “Identifying biomarkers of disease activity would likely make it much more feasible to get those studies going.”

There is still a long road ahead, however. The preprint is still awaiting peer review, and it only looks at a small sample of long COVID sufferers diagnosed at the same hospital, most of whom were female. Additionally, the researchers didn’t have access to blood samples more than five months after an initial COVID infection for patients who didn’t have long COVID.

Confirming the results will require analyzing blood samples from a larger, more representative group of long COVID sufferers and comparing them with blood samples from people who have fully recovered from COVID that were collected months and years after their initial infection. In the future, Swank and her co-authors hope to use blood samples collected over the course of the pandemic from multiple hospitals to scale up their study to hundreds of people.

“I hope that their findings will hold up,” Peluso says. “It really would, I think, make a difference for a lot of people if a marker like this could be validated.”

Preview of the 7th hearing of the Jan. 6th Select Committee