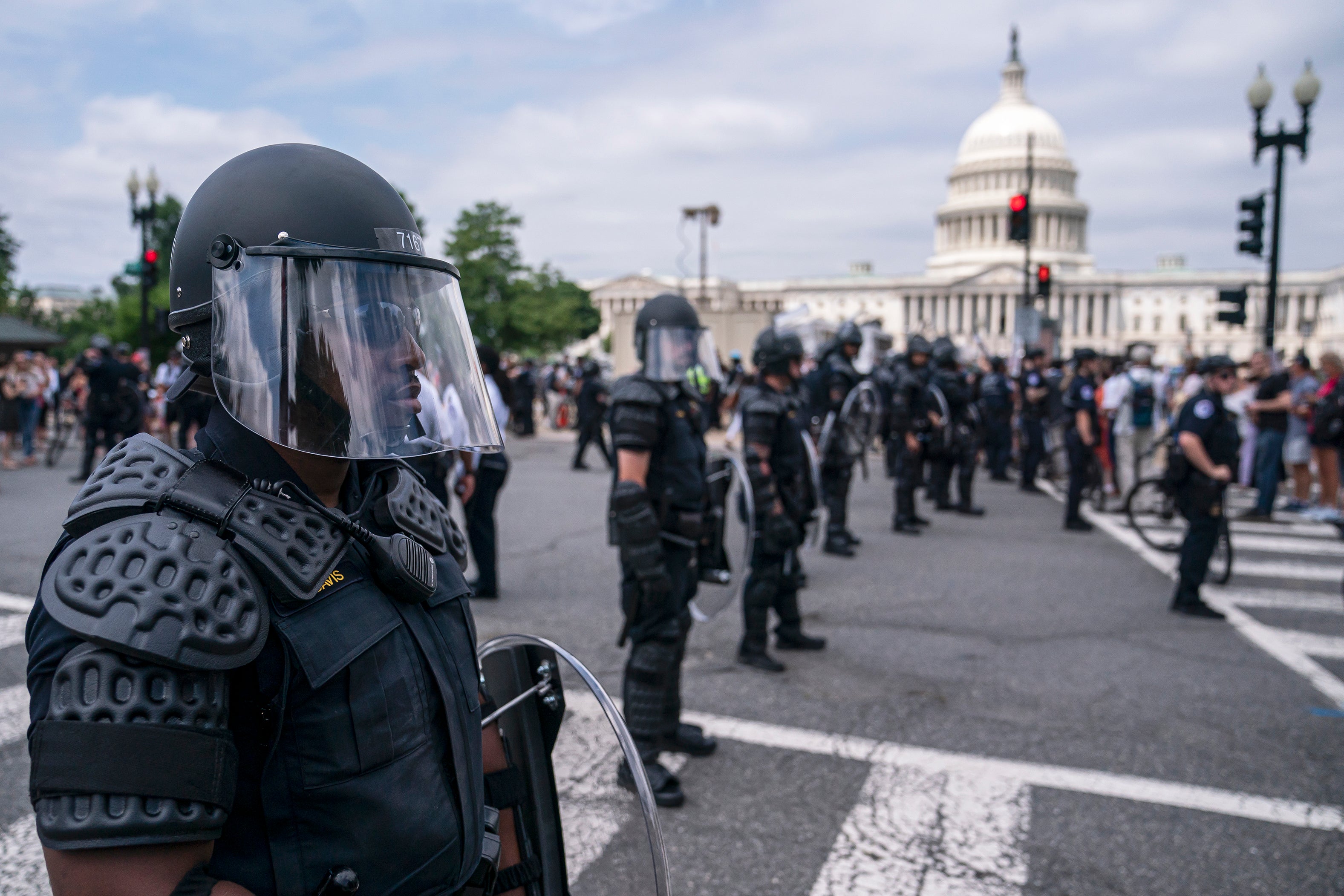 After the recent ruling by the Supreme Court overturning federal abortion rights, people have taken to the streets in protest. In multiple places, police attacked protesters with chemical weapons in the form of tear gas. In Arizona, law enforcement even fired canisters from the windows of government buildings.

One irony inherent in this violence is that chemical weapons can cause spontaneous abortions, commonly known as miscarriages. In other words, law enforcement officers use dangerous, unregulated weapons against unarmed civilians, possibly violating protesters’ human rights by terminating pregnancies that, according to the Supreme Court, those same protesters have no constitutionally protected right to terminate themselves.

Researchers elsewhere in the world have identified associations between chemical weapons and miscarriage. United Nations observers recorded miscarriages after Israeli police used tear gas on Palestinian civilians during the 1988 uprisings, leading to stricter rules on when the weapons should be used. Toxicology researchers led by Andrei Tchernitchin of the University of Chile found enough evidence linking spontaneous abortion and a type of tear gas to convince the Chilean government to suspend tear gas use in 2011. And the Nobel Peace Prize–winning organization Physicians for Human Rights argued in 2012 that Bahrain had violated U.N. guidelines on chemical weapons use, based in part on increased miscarriages.

These weapons should not be used on anyone under any circumstances. The 1925 Geneva Protocol was intended to ban military use of chemical weapons in warfare. However, the relevant treaties don’t extend to nations using such weapons on their own people. That means police and other government forces are free to tear-gas unarmed civilians in the name of law enforcement, while soldiers could be prosecuted for war crimes if they did the same to armed combatants.

It is essentially legal for police to endanger pregnancies by assaulting protesters with likely abortifacients.

Tear gas is a euphemistic name for several crowd-control (another euphemism) chemicals containing chlorine, including CS (o-chlorobenzylidene malononitrile), CR (dibenzoxazepine), CX (phosgene oxime) and CN (chloroacetophenone). While all these compounds do cause the eyes to produces tears, they primarily activate pain receptors, as well as making victims vomit and cough. Police claim they use these chemical weapons on crowds to disperse them, but the physical results often include disorientation, panic and respiratory problems.

The most widely used tear gas is CS, from the initials of its discoverers Ben Corson and Roger Stoughton, who created it in 1928. Notoriously, the U.S. Army exposed volunteers from the ranks of soldiers to increasingly larger concentrations and gauged their responses, a test that led the CDC to declare CS “Immediately Dangerous to Life or Health.” Other than that (arguably unethical) experiment, chemical weapons have mostly been used on the general public without testing to determine the harm it might cause to anyone who isn’t an able-bodied young cisgender man.

While researchers and human rights organizations are clear on the connection between tear gas and miscarriage, how it works is much harder to identify.

“Tear gas has so many components that any one of them could potentially cause fetal harm,” says Rohini Haar, who is a medical doctor with Physicians for Human Rights and a faculty member at the University of California, Berkeley. “Dissecting the impact of tear gas from the many confounders is going to be challenging—stress, mental health issues, impacts of arrest, and other canister components other than the CS compound is near impossible.”

In other words, the chemical component CS itself may not be causing miscarriage, but tear gas is so demonstrably harmful to physical and mental health that it hardly matters from a human rights perspective. A weapon that stresses a person’s body or mind so much that they spontaneously abort is not better in any way than a chemical that does the same thing via a more direct biochemical process.

Nor is it ethical to test chemical weapons on pregnant people in the lab, adds Haar: “A randomized controlled trial is not possible here. To put it in perspective, I’m not sure we need hard ‘proof’ that this is a huge problem of tear gas itself causing miscarriages—there are lots of reasons we need to regulate and limit it, this concern among them.”

The U.S. government does not regulate the use of chemical weapons on its own people. Even Senators have criticized the lack of available information on the use of tear gas, particularly the many issues with its safety.

That lack of regulation means that, in some instances, police have been buying increasingly strong chemical weapons to use on crowds. The Chemical Weapons Research Group in Portland, Ore., documented many types of weapons used during the 2020 uprisings over police brutality in the United States, which included military-grade smoke grenades and versions of tear gas containing powdered oleoresin capsicum (OC, the same ingredient as pepper sprays, marketed by some companies as “panic powder”). These increased-strength weapons have not been documented in protests prior to 2020.

These compounds may be disruptive to endocrine processes and reproductive organs. Protestors reported irregular and disrupted menstruation after police gassed them.

As New York Representative Alexandria Ocasio-Cortez pointed out on Twitter, “Forced pregnancy is a crime against humanity.” Forced abortion is also a crime against humanity, as established by the U.N. People have already been arrested for having miscarriages, which raises serious concern that police or prosecutors may blame a protestor if tear gas causes their miscarriage. The policy of “qualified immunity” protects police from lawsuits alleging excessive force and other forms of violence, meaning someone who loses their pregnancy due to tear gas may not have any legal recourse.

To be clear, chemical weapons would violate human rights even if they didn’t cause miscarriages, and pregnant people have a constitutionally protected right to participate in protests. The same politicians and justices who call themselves “pro-life” are happy to sanction police violence against protesters, to the point where that violence could end pregnancies. Coerced abortion is just as much a violation of human rights as forced birth or involuntary pregnancy, even—perhaps especially—when carried out in the name of the law.

The author would like to thank Dr. Kathryn Clancy of the University of Illinois Urbana Champaign for her help with the biochemical literature on chemical weapons effects.