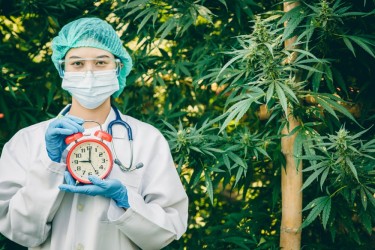 Marijuana legalization is already widespread around the United States.


It has gone a long way from being criminalized just a few decades ago. These days, one can easily purchase cannabis products in dispensaries abundantly found in dozens of states where it’s legal for medical or recreational use, or both. However, far too many Americans still suffer from the consequences that come with having criminal records due to past marijuana-related convictions and arrests.

Now, the American Medical Association, the biggest professional association of physicians, is recommending the automatic expungement of marijuana-related arrests as these cases are no longer illegal based on state cannabis laws. They released a statement that they have just given the go-signal for a resolution on this reform, stating that their objectives are “to introduce equity and fairness into the fast-changing effort to legalize cannabis.” In addition, the AMA indicates that there are at least 18 states that already legalized recreational cannabis use while over 3 dozen have allowed medical use. Despite this, there are numerous cases of people that have been convicted or arrested for weed-related offenses prior to legalization, and they are still paying the price for it.

“This affects young people aspiring to careers in medicine as well as many others who are denied housing, education, loans, and job opportunities,” says Scott Ferguson, M.D., an AMA trustee. “It simply isn’t fair to ruin a life based on actions that result in convictions but are subsequently legalized or decriminalized,” he says.

Furthermore, the new policy recommends stopping court-ordered supervisions such as parole or probation for marijuana-related arrests that have been legalized or decriminalized later on. They acknowledge that such prohibition laws aren’t applied equally since marginalized communities are often the most affected, adding that black people have been 3.6 times more likely to be incarcerated due to marijuana crimes, even if statistics show that both black and white people consume marijuana almost equally.

The irony is that the AMA has made it clear that they still oppose the legalization of marijuana, despite supporting expungement for marijuana-related crimes. While they think that legalizing cannabis for recreational purposes or marketing it as a cure-all is simply wrong, at the end of the day, one can’t deny that the plant is effective for treating many disorders.

Recently, governors in Illinois and Colorado signed laws that would speed up the expungement of individuals with cannabis-related crimes and have their records cleared.

Democratic Gov. Jared Polis signed off Senate Bill 99 in Colorado which expands the automatic record sealing for individuals with certain cannabis infractions as well as related crimes. Meanwhile, Democratic Gov. JB Pritzker signed off HB4392 in Illinois that would amend current state laws so that petitioners who have appealed to expunge their criminal records would no longer be denied by courts just because they failed a marijuana drug test.

These moves are necessary given the massive failure of the war on drugs. Changing state laws or repealing them are not enough to erase cannabis convictions; there are millions of marijuana-related crimes all around the country that have left these people struggling with the stigma and affecting life opportunities. It’s even worse for marginalized communities that have been disproportionately affected.

There are countless talented people who should have no issue working as a medical professional in any capability. Of course we can understand the reasoning behind AMA’s stance; despite the skills and abilities of one to change and save lives by working as a medical professional, drug charges for marijuana crimes will still appear on their record and on background checks, preventing hospitals from hiring otherwise perfectly capable professionals. Because working in the medical field means that you are responsible for the lives of others, it’s normal for hospitals and physician’s offices to expect one to have moral integrity.

But just because you were charged with a minor felony in the past for possession of marijuana does not make you a less moral person, or one who is less capable of saving lives.

However, only a few states have made expungement automatic; the rest of the states lag behind, relying on manual, time-consuming processes so that records are expunged. Then there are law enforcement and government officials who argue that sealing the records are too complicated since records can’t always be easily accessed. Expungement, rather than sealing, is more effective in terms of removing a criminal conviction because doing so would completely eliminate these records while sealing a record merely prevents the public (such as your employer or potential tenant) from viewing it, though there are still ways that it can still be accessed.

Cannabis-related criminal records should have been expunged automatically since yesterday.

Preventing what could have been stellar doctors and other medical professionals from joining the force just because of a previous offense is ludicrous. It is helpful, though, that more states are following the trend of spreading awareness on non-discrimination for individuals who need to use medical cannabis. After all, jobs shouldn’t be all about conviction – as long as people can show that they are the right professional for the job, you can still do what’s necessary to climb the ladder and be successful in the medical field. 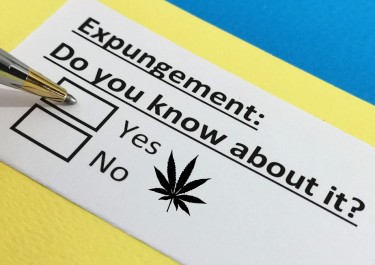 THE MARIJUANA EXPUNGEMENT REPORT CARD IS OUT! SEE THE GRADES!