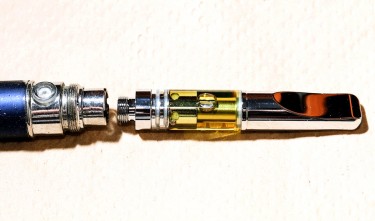 Considering vaping has become a big thing, we now have different kinds of vapes around. Today, courtesy of the common use of vaping products, used-up cartridges and batteries lying on the street. But how beneficial is vape waste to our environment? The truth is, the issue of increased vape water continues to grow and it’s time to look for a better alternative.

The current trend of disposable vaping causes several issues and many better alternatives to these vaping products are lacking. Hopefully, more alternatives will spring up and become available to the general public in the future.

A lot of people are familiar with the vape cart. They usually come in the form of a small container, attached with a cartridge and filled with all. The cartridges are normally designed with polycarbonate plastic, but can also be designed with other materials such as ceramic, glass, or stainless steel.

The cartridge is made up of a metal coil known as an atomizer, including metal soldiers. The coil functions as a heater heating the oil contained in the cartridge.

A battery device is also attached to the cartridge, commonly a lithium-ion battery of 510 thread. Exceptions to this include some carts and pods which need bigger batteries. Although, not all carts designed for 510 threaded batteries work well with them. But, in most cases, when purchased together they work perfectly. Meanwhile, a disposable vape comes in one piece and nothing can be detached or attached to it.

A lot of batteries are rechargeable and need a simple charge now and then before one can vape again. Another option is a disposable cartridge which is attached to a disposable battery, which gets disposed of after the battery runs down. The constant use and improper disposal of these disposable cartridges now seem to be a cause for concern.

Human civilization is a realm of trash producers and this is evident in our streets as they are hitters with waste and spilling trash cans. Even with various recycling programs, the constant use of disposable products has continued to cause huge environmental problems. The air, ocean, and ground soil are now polluted and more water from the tech industry isn’t helping the situation.

So, now picture how helpful it would be if we are not disposing of batteries and cartridges like they are nothing. This is even deeming that batteries are not supposed to be disposed of with the usual trash anyways.

With the increased popularity of vaping products, disposable vape issues continue to grow. However, we now have some better alternatives in the market available to the general public which would help reduce the impact of poor waste disposal.

One undeniable thing is that disposable carts are responsible for several issues. With most are made of plastic and metal, these metals usually leach into vape oil which is dangerous to smokers’ health.

The truth is manufacturers won’t be wasting a lot of resources on cheap disposable products which is why they are of lesser quality. So it makes sense to opt for a rechargeable vape than a disposable one for a healthier smoking experience.

Now, several companies have taken up the initiative to produce metal-free vape carts, although they do not appear to have an established reusable model. This means they are investing more to manufacture better-vaping products, which is an increase in the cost of production.

This doesn’t solve the issue of waste management, but it is a step in the right direction. A highly expensive and better product will possibly be attached to some type of program that facilitates reuse. For instance, retailers could offer discounts or cashback to individuals who return disposable vape batteries or carts. Similar to those who return beer bottles to stores to qualify for discounts, it would work the same way for vape carts. This would facilitate better waste disposal and management.

Meanwhile, another option to consider would be refillable cartridges. As long as users don’t dispose of cartridges, there won’t be a need to throw out batteries either. This would help reduce vape waste the most.

Provided users can always go back to local dispensaries to refill their carts, it would promote continued use of the product. Hence, reducing costs on the side of the buyers, given that they will only pay for the oil and not have to buy another device. The initiative could also work using mail orders — the oil can be shipped in a syringe offering an easy way of refueling the cart.

As it stands, the majority of disposable carts are quite difficult to refuel with new oil. Many have tried but have failed to succeed at it. A lot of people surely would prefer not to have plastic hits at the rear but still wouldn’t want to sacrifice the remaining oil.

If carts are specifically designed for refueling vaping wouldn’t have caused a lot of concern. Instead, producers still prefer that users keep buying new vapes as it is the trending model of sales.

Presently, carts can’t be recycled with other wastes. This is because they consist of chemical residues that are considered hazardous waste which is dangerous to the environment. The components that make up a cartridge are also not standard in that they are made with both metal and plastic.

In addition to that, recycling programs for these kinds of materials are non-existent which means carts and batteries get disposed of by users as deemed fit. This has consequently resulted in the disposal vape problem experienced today.

Disposable vapes have led to an environmental problem, including the use of unhealthy vaping products in real-time from the utilization of cheaper materials. Hopefully, as the industry continues to grow, better alternatives will be rolled out such as refill programs, cartridge return, recycling programs, and the use of quality materials.

Remember, each time you’re about to go for a cheap disposable vape, consider where it will end up. Spending a few extra dollars to buy quality vaping devices will go a long way in saving the environment. 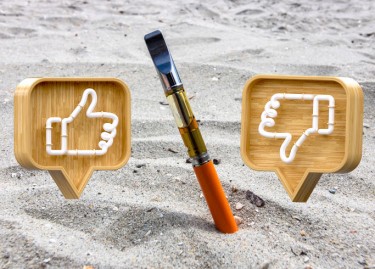 THE PROPER WAY TO DISPOSE OF YOUR VAPE PENS, READ THIS!

The history of Vieques and Culebra illustrates an ugly colonial tale