There Is an Effective Treatment for Monkeypox, but It’s Hard to Get 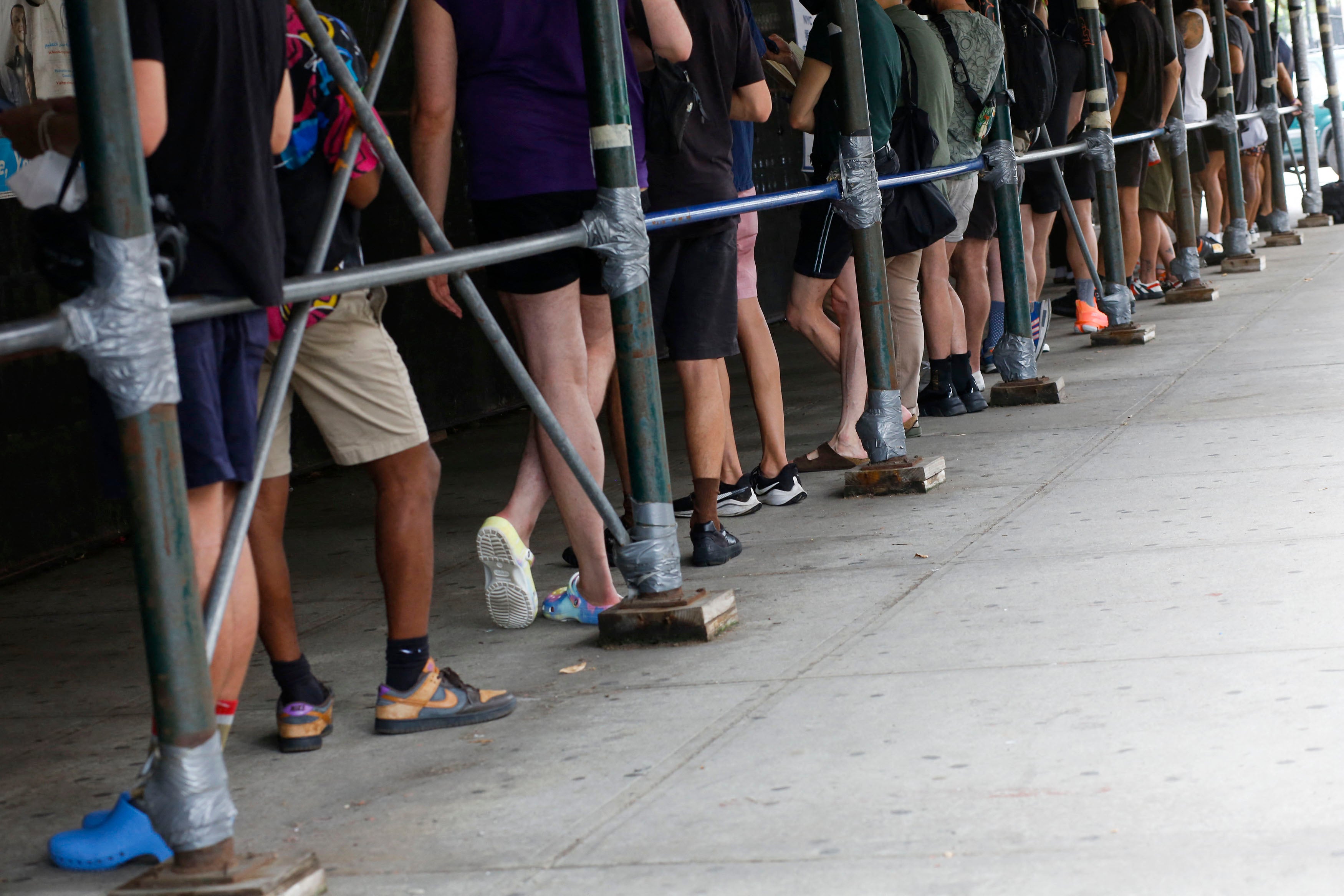 As monkeypox cases continue to rise in the U.S. and the rest of the world, many of those most affected by the virus say they cannot access an effective treatment.

The current monkeypox outbreak has caused more than 21,100 confirmed cases worldwide, including more than 4,900 in the U.S. The virus has infected people in Central and West Africa for decades but recently started circulating abroad, so far primarily among men who have sex with men. It spreads through close skin-to-skin contact, including during sex. The virus causes painful, blisterlike lesions—in the current outbreak, these are often found on the genitals and anus—and sometimes flulike symptoms. There have been at least five deaths, according to the World Health Organization.

An antiviral drug called tecovirimat, or TPOXX, is already approved by the U.S. Food and Drug Administration for treating smallpox and can also be used with monkeypox—a related virus. But the only U.S. supply of this drug is in the country’s Strategic National Stockpile, and the Centers for Disease Control and Prevention requires that health care providers submit an investigational new drug, or IND, application in order to access it for their patients. Critics say the process for obtaining an IND for TPOXX is burdensome, however, and that the drug—which was originally tested in animals with monkeypox—should be more readily available for treating the disease in people.

“The TPOXX issues, from a scientific perspective, make zero sense,” says gay rights activist James Krellenstein, co-founder and managing director for strategy and policy at PrEP4All, an organization working to increase access to HIV medication. “TPOXX was approved on animal data [for monkeypox],” he says. But the CDC’s position is that “you can’t prescribe [the] drug … for monkeypox because the FDA label says, ‘Only smallpox.’”

Krellenstein and a group of infectious disease experts wrote a letter to the heads of the U.S. Department of Health and Human Services, CDC and FDA describing barriers to accessing TPOXX for monkeypox treatment. The letter, which was dated June 15 and shared with Scientific American, argued that the IND process was overly burdensome on health care providers, who, it claimed, had to review a more than 100-page protocol in order to get access to the drug and collect extensive information about each patient receiving it, as well as photographs of lesions and other data.

The CDC has subsequently clarified its protocol for obtaining TPOXX, allowing the forms to be submitted after treatment begins and making the submission of photographs and samples of lesions optional. “CDC posted a clarification about the process for obtaining TPOXX after hearing about confusion from clinicians who were experiencing challenges,” says Kevin Griffis, a spokesperson for the agency. “The post and a subsequent e-mail to clinicians [make] clear that providers can obtain the medication directly from CDC or through their state health departments and can complete the required forms after treatment begins.”

The FDA was also involved in the process. “The FDA worked closely with the CDC to streamline the protocol to reduce data collection and reporting requirements. The revised protocol is now available for use,” says FDA spokesperson Chanapa Tantibanchachai.

The letter by Krellenstein and others also pointed out that TPOXX was approved by the FDA in 2018 for treating smallpox. There were no data on TPOXX’s efficacy in humans because it would obviously be unethical to infect humans with smallpox for a trial. Instead the drug was approved under the FDA’s so-called Animal Rule, based on data for two related viruses—monkeypox in nonhuman primates and rabbitpox in rabbits. Yet despite this, the CDC still states that an IND is necessary to provide TPOXX for monkeypox because it is only FDA-approved for smallpox. The letter called this “illogical.”

Krellenstein and his colleagues have asked for one of two solutions to make TPOXX more readily available for people with monkeypox: In one, the CDC would withdraw its requirement for an IND to access the drug from the national stockpile. In the other, the FDA would make TPOXX available for monkeypox through an emergency use authorization (EUA)—a process that allows unapproved medical products, or unapproved uses of those products, to diagnose, treat or prevent a serious disease. In order for the FDA to issue an EUA, the secretary of HHS must first declare an emergency, under Section 564 of the Federal Food, Drug, and Cosmetic Act. Emergencies have been declared for COVID-19 and the opioid crisis. But so far, HHS Secretary Xavier Becerra has not declared such an emergency for monkeypox.

In a press briefing this week, Becerra told reporters he would weigh an emergency declaration for monkeypox and other public health issues individually, based on the criteria for such a declaration. “We continue to monitor the response throughout the country on monkeypox,” he said. “We’ve made vaccines, tests and treatments—well beyond the numbers that are currently needed—available to all jurisdictions who manage their public health systems, and are willing to work with clinicians to make all three—tests, treatments and vaccines—available. And we will weigh any decision on declaring a public health emergency based on the response we’re seeing throughout the country.”

At the briefing, Becerra also noted that the government had secured another 786,000 doses of the JYNNEOS vaccine for monkeypox in addition to the more than 330,000 already distributed to jurisdictions around the country.

“There has been no declaration of a public health emergency at this time,” wrote Bill Hall, a spokesperson for HHS, in an e-mail to Scientific American. “If such a declaration is made at a point in the future, it will be posted here.”

The U.S. has also struggled in its response to monkeypox testing and vaccination, and some experts say it may already be too late to stop the illness from becoming endemic worldwide. But Garrett Wilkinson, government relations and policy officer at the nonprofit Partners In Health and a signatory of the letter with Krellenstein, thinks that assessment is counterproductive. “I’d hate for the message to be ‘It’s too late,’” Wilkinson says.

Krellenstein agrees. “We’re at a decision point right now. There are two forks in the road where we can either try to get thing under control,” he says, “or we could not.”

The Big Booster Question We Should Be Focused On

‘Resurrection’ Is Way Too Desperate to Shock Us