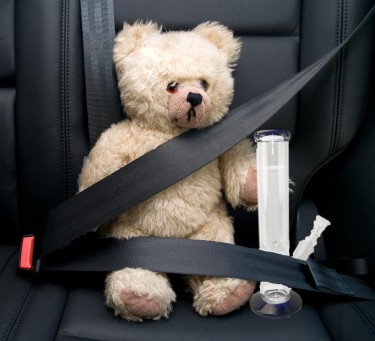 According to the report, the federal government could save an additional $350 million if cannabis were legalized. The results of the study, which were headed by experts from Temple University’s Fox School of Business, are a far cry from the fears held by critics of cannabis legalization that the streets of states with legalized marijuana will be overrun by recklessly high drivers.

The study was released in the journal Health Economics by the researchers. They hypothesized that the decrease in accidents that resulted in a decrease in insurance premiums was partially caused by fewer persons drinking and driving due to the availability of cannabis.

DOES MARIJUANA LEAD TO A REDUCTION IN ALCOHOL CONSUMPTION?

Younger generations in the United States appear to be drinking less alcohol, and this tendency appears to have increased with the legalization of cannabis. They approach cannabis differently, which contributes to this.

Has this notion, however, caused anyone to convert from alcohol consumption to consuming cannabis? According to several studies, this is taking place. For instance, a survey carried out at the University of Washington discovered that 21 to 24-year-olds who had access to legal cannabis consumed less alcohol in the previous month. Additionally, Massachusetts stated that by 2021, cannabis sales would outpace those of alcohol.

It had even led to a movement in California called ‘Cali Sober,’ which is a trend where people stop or greatly lessen the use of alcohol and switch to cannabis.

A DECREASE IN MOTOR INSURANCE PREMIUMS

Data from insurers from 2014 to 2019 in states with cannabis laws were examined in the study. Researchers discovered that after states had made medical marijuana legal, premiums decreased by an average of $22 annually.

The decrease was attributed by the researchers to safer roads, with fewer drunk driving being part of the explanation. Reduced health expenditures associated with car accidents resulted from the association between legalized medical marijuana and improved road safety. Additionally, over the years the study was conducted, it resulted in a $1.5 billion reduction in insurance rates.

Additionally, it was discovered by the researchers that the effect is more prominent in areas with a higher rate of drunk driving and in locations near a cannabis dispensary prior to legalization. The study provides policymakers in states where the use of medical marijuana is prohibited or restricted with another issue to think about. Larger states, including North Carolina, Texas, Georgia, Wisconsin, and Tennessee, are among those mentioned.

According to the analysis, the legalization of medical marijuana “has lowered auto insurance premiums by $1.5 billion in all the states where cannabis is currently legalized, with the ability to lower premiums by an additional $900 million if the remaining states were to legalize cannabis a combined total of $2.4 billion in potential payment reductions for drivers under nationwide medical cannabis access.

We discover evidence of a beneficial societal impact of medical cannabis on auto safety since motor insurance premiums are closely related to property damage and health outcomes, the study revealed.

The report also found that states that have legalized medicinal marijuana alone have saved 820 million dollars a year in costs thanks to lower health expenditure auto claims.

In another recent study, it was discovered that states that had legalized marijuana are witnessing fewer reports of people driving while high on cannabis than in the states where it is still prohibited. Activists and experts have laid emphasis on the fact that there is no clear or proven relationship between blood THC levels and driver’s impairment.

A study carried out in 2019 found that people driving under the legal THC limit, statistically, do not have a higher probability of getting into accidents. Mind you; this is in comparison to individuals with no THC.

In 2019, The Congressional Research Service discerned that consumption of cannabis could have an impact on an individual’s motor performance and response times. Studies of the effect of cannabis consumption on the risk of drivers being involved in a crash have given inconsistent results. It was noted by the CRS that some studies find a little or boosted risk of an accident from cannabis usage.

THE EFFECT OF THE SAFETY IS STRONGER CLOSE TO THE DISPENSARIES

An analysis based on zip code found that lesser annual premium costs were more substantial in areas that are directly exposed to a dispensary, which suggests that higher access to marijuana drives the result.

In addition, the study finds “quite big premium declines in regions with relatively high rates of driving under the influence before medicinal marijuana legalization.” The authors of the study claim that this is consistent with substance substitution.

The main point is that although driving while high is dangerous, making medical marijuana legal can make the road safer by reducing the occurrence of drunk driving enough to balance it, said co-author and Temple University researcher Cameron Ellis.

From reports based on different studies, it has been/could be concluded that legalizing medical marijuana will lead to fewer road accidents and reduce auto insurance premiums (as there will be fewer motor crashes on the road).

It was shown that the incidence of motor crashes on the road was more linked to drinking under the influence of alcohol as opposed to marijuana consumption. Even if driving under any influence is absolutely a bad idea, the probability that people might switch from alcohol to cannabis if made legal and leading to reduced road accidents, is worth considering.

DOES LEGALIZATION CAUSE MORE AUTO ACCIDENTS? READ ON… 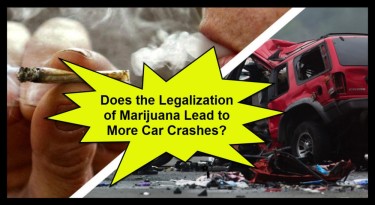 DOES LEGALIZATION LEAD TO MORE CAR CRASHES, NO SIR, READ THIS!

More police isn’t the answer. So why does Biden want to invest $38 billion in them?