What is the Cannabis Gray Market? 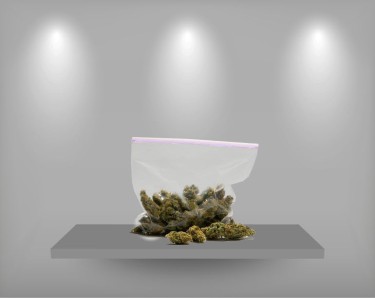 The gray market is one that has severely affected the growth of the cannabis industry in many states. New York is not left behind in this reality as the unregulated cannabis market has severely halted the growth of legal businesses. Taxing has also been a nightmare due to the numerous unregulated activities in the industry. However, new dawn might be on the horizon as the New York Senate has just passed legislation to allow officials to curb the activities of gray markets. Read on as we explore what this bill entails and how it will influence the cannabis industry in New York.

The activities of illicit cannabis sellers in New York have been a recurring menace over the years and officials have labored to curb these acts. The lack of proper laws has kept officials shorthanded in this fight for a long but all of that is about to change. The New York Senate just approved a bill to allow regulators to seize illicit cannabis and increase fines levied on unlicensed operators. The bill was introduced to the House on Sunday by Senator Liz Kreuger before it received approval on Wednesday. The timing of this approval shows the seriousness of lawmakers in reducing the activities of gray markets before the start of legal sales of recreational cannabis in the state. Legal recreational cannabis sales are scheduled to commence in the state later this year.

A spokesperson of Senator Kreuger, Justin Flagg has stated that the bill is set to empower the two agencies that are concerned with stopping illicit cannabis retailers in the state. The two agencies are the New York Office of Cannabis Management (OCM) and the Department of Taxation and Finance. He states that the activities of unregulated cannabis retailers have grown ubiquitous over the years in Manhattan. He further included that the activities skyrocketed when lawmakers made the move to legalize adult use of cannabis. The bill therefore will address retail cannabis operators that sprung up between the period of legislation and the issuance of licenses.

The situation of the legal recreational cannabis market in New York is that the OCM is still working on rules for the regulated market. This has stopped it from being able to issue licenses and open the market fully for the state. Some overzealous cannabis retailers have however gone ahead to start retail sales without licenses further increasing the circulation of illicit weed in the state.

Flagg explained that Senator Kreuger initiated this bill with the support of the Department of Taxation and Finance and the OCM. Both agencies have complained about their lack of legal backing to close unregulated cannabis businesses under the existing statute in the state. This bill, therefore, comes as a breath of fresh air as it empowers them to do what needs to be done within the confines of the law. Now both agencies can easily find unlicensed cannabis operators and seize weed and properties to cater for tax evasions and licenses that such businesses do not have.

Along with their fines, the Department of Taxation and Finance is also empowered by this new bill to address licensed businesses that sell illicit cannabis. Such businesses will have their certificate of registration revoked once it can be shown that they sell or purchase illicit weed. Premises where such activities are being carried out can also be closed down and have their properties seized in line with the bill. This improves the effectiveness of the department and also reduces the proliferation of such gray markets.

Cannabis gray markets pose a major safety issue which Justin Flagg also pointed out while speaking about the recent bill. Unregulated cannabis retailers do not follow necessary safety precautions and packaging rules as stipulated by regulators. They also do not put in measures to keep such products from getting to the hands of children. This means the actions of gray markets further increase the risk of cannabis use by children. This means that for proper use of cannabis to be assured in a state with legal medical and recreational cannabis use, it must be through regulated operators.

Not everyone however is in support of this present legislation put forward by Senator Kreuger. Joshua Waterman, co-founder of Legacy Growers Association who is also a grower himself has stated his faults with the legislation. He spoke to local media recently where he stated that officials might use the bill to do more than what it stipulates. Waterman believes the officials of the state are likely to use the bill to penalize and fine minorities and lower-class individuals.

Waterman believes that this move by the state to release and stamp such a bill is more likely to build mistrust between them and legacy growers. The state has repeatedly claimed that it wants legacy people to be included in the legal market. Yet Waterman believes that it is counterproductive for the state to put out such a bill before it releases applications for licensing.

The emergence of this bill is certainly a breath of fresh air for those in enforcement agencies. All that is left is for full implementation to commence and proper structuring to ensure efficiency. 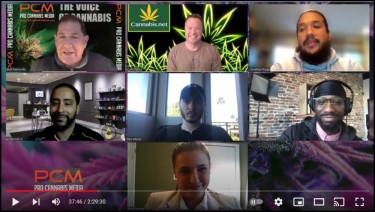 HOW TO TRANSITION FROM LEGACY TO LEGAL MARKETS!

COVID Vax a Must at the Border; WHO to Rename Monkeypox; Abortions Rose in 2020