Where are the Biggest Marijuana Grows in America? (5 Monster Grow Operations) 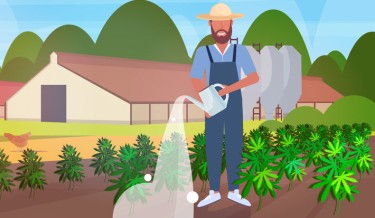 The cannabis industry is still evolving. This evolution will not end anytime soon as more investors are pouring capital into legal states to establish huge cannabis operations.Legal cannabis operations are more robust than ever in this present time. Companies are either consolidating with one another or expanding into nearby states or countries. Several Canadian companies have been scaling up to invest in the U.S cannabis industry as legislatures are veering towards federal legislation.

In preparation for more legalized states to join the list, or better still, the entire country, companies have established large indoor grows to meet the immediate demands of cannabis users in their states. Some companies are already exporting their products for processing into medical cannabis drugs or infused edibles.

As it stands today, almost thirty million square feet of US land are being used to produce cannabis. Most of these large grow operations grow their cannabis plants in traditional greenhouses, while the rest have scattered indoor facilities and outdoor grows. However, the most extensive operations lean more towards a fully controlled environment setting, and the warehouse grows all through the year.

Based in Tularosa, New Mexico, Ultra Health is the most significant cannabis grower in the United States. It sits on over 8,000,000 square feet of land on Old Tularosa Farm Road, over 200 acres—about ten cherry creek shopping centers).

The Ultra health brand is a production and retail cannabis company that has met the demand of most New Mexico cannabis users since 2018.

The plant has outdoor, indoor and greenhouse grows. It uses top cutting-edge cannabis growing practices. Close to a hundred people are employed under this facility. Previously, the company’s cultivation center was based in Bernalillo, New Mexico. This cultivation site was about 11 acres big with a greenhouse of 90,000 square feet.

This massive facility space supplies over 29 dispensaries owned by the brand. They offer a wide range of products to medical and recreational cannabis users in New Mexico, including topicals, flowers, edibles, creams, oils, patches, gummies, suppositories, and concentrates.

The company recently revealed that it might be adding about 200,000 square feet to its facility space to increase production. Note that Ultra Health is the biggest cannabis operation in the world.

Sitting in 3,400,000 million square footage of Colorado land, the Mammoth cannabis farm is currently the biggest cannabis grower in the state. It operates a combination of warehouse, greenhouse, and outdoor growing styles. If you’re finding it difficult to wrap your head around the size of this facility, imagine you have 20 Walmart stores linked together.

The farm itself is located within rural San Luis Valley, Colorado. The products are mountain-grown using eco-friendly farming practices. The products from this large expanse of land are sold within and outside Colorado. However, the company sells some of its products at its dispensaries located at strategic points in the state.

Mammoth Farms is not only the second-largest in the United States, but it also holds this record in the entire world cannabis industry. The country has significantly brought traffic to the legal production of cannabis in Colorado and the country at large. The facility began production in 2014, although the products were mainly for registered cannabis patients.

In addition to its large grow operations, the brand is involved with the retails, testing, breeding, and research niches of the cannabis industry.

The Palo Verde Center is as big as having about 17 Costcos in the same place. It was approved five years ago, and it has grown to become the third biggest cannabis grow facility in the US and the biggest in California. It can be found in the less popular area of Riverside County. It is mostly an indoor (warehouse) operation.

Every facility in this center is utilized for optimum energy and production optimization. The center is lauded for breathing life into an otherwise dry Blythe community. There are other clusters of cannabis farms close to the Palo Verde Center, and they produce tons of cannabis plants for sale in California dispensaries and multistate operators.

This cannabis facility is situated in over 1,600,000 square feet of land within Snowflake, Arizona. The facility space is dubbed a cannabis cultivation Mecca by cannabis enthusiasts.

Copperstate Farms used to be a grow facility for tomato cultivation. Today it houses Arizona’s biggest cannabis farm and caters to recreational as well as medical cannabis users. It supplies the Sol Flower Dispensaries in the Phoenix metro area with adult-use and cannabis medications. The company practices sustainable and eco-friendly growing styles using only natural and sun-grown approaches.

The facility has a kitchen to create cannabis-infused edibles.  It also has an on-site laboratory for the distillate extraction of cannabinoids.

Ps–the entire space is bigger than 300 McDonald’s lumped into one.

This used to be America’s most prominent cannabis grow as of 2019. Not surprisingly, it is also located in Colorado, the hub of cannabis cultivation in the US. This facility space is situated in about 1,200,000 million square feet of farmland.

The cannabis plants produced here are obtained from Greenhouse and Outdoor operations. The company has always been more focused on producing organically grown cannabis plants.

Recently, the Los Suenos brand was acquired by publicly-owned cannabis corporation Curaleaf. The farm’s products are supplied to retailers like Coda Signature, Blue Kudu, and 1906. These cannabis products are freshly frozen pesticide-free whole buds and pre-rolls.

Note that the Los Suenos Farms LLC is made up of four licensed Colorado cultivators. They are Emerald Fields Grow LLC, Los Suenos LLC, Farmboy LLC, and Baseball 18 LLC.

As the industry continues to expand and with more states planning to approve their recreational or medical cannabis legislations before the end of the year, demand is expected to increase. Expect larger cannabis grow facilities to displace one or more of the above from their current spot on the list. 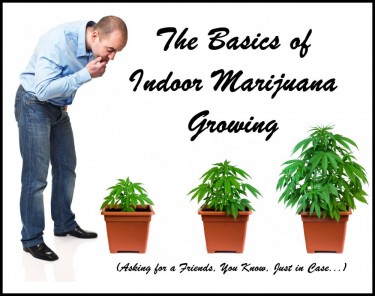