Why Cannabis is Now the Drug of Choice for Smart People 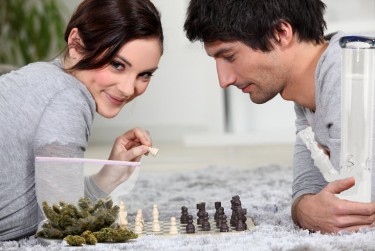 The consumption of marijuana as well as numerous other types of psychedelic substances is more pronounced these days than ever before.

From executives to programmers at Silicon Valley, it’s safe to assume almost everyone is high from something at some point. But it’s become increasingly clear that marijuana is the drug of choice for those with higher IQ’s. This is contrary to the Reefer World stereotypes that prohibitionists have been pushing; they try to claim that marijuana users are lazy, couch potatoes with no ambition in life.


The data tells us – the opposite is true.

In fact, a 2011  study conducted by researchers from the British Medical Journal analyzed the IQ’s of around 8,000 males and females. They were tested four times each, from the time they were 5 to the age of 30. Their findings revealed that people who have higher IQ’s when they were children were more likely to be cannabis users by the time they hit the age of 30.

What was surprising was that the higher their IQ, the higher the probability that they would use cannabis when they got older. High-IQ women were twice as likely to be marijuana users compared to those with low IQ scores while men who had high IQs were 50% more likely to be cannabis users by 30.

But one doesn’t really need studies to understand why more intelligent people use marijuana. There are no clear-cut reasons why, though it makes sense to hypothesize the reasons behind this:

Creativity: Marijuana has been proven to enhance creativity and overall creative thinking. Whether you’re an artist or work at a startup, creative thinking will benefit your intelligence in more ways than one. Just some of the famous creatives who have been known to toke include Bill Gates, Bob Dylan, Carl Sagan, Bill Maher, and Abraham Lincoln to name a few.

Besides, everyone can benefit from the ability of marijuana to help you think outside the box especially when it comes to problem solving.

Studies show that consuming marijuana has an impact on the kind of thinking that we do because it boosts cerebral blood flow in the brain’s frontal regions, which are responsible for creativity (or lack thereof). The chemicals in marijuana are shown to boost divergent thinking, which is what promotes creative & free thoughts, as opposed to convergent thinking, which is associated with problem solving.

Quiet the intelligent mind: Smarter people, and those with higher IQ’s, tend to struggle with many more thoughts and at a much faster pace compared to people with average intelligence. That’s because smart people already know that they are usually surrounded by people who may not be interested in the hard facts or correct way of thinking, making it tiresome to continue debating and arguing with people. This can explain why many smart people are also quieter than others, preferring instead to be alone with their thoughts.

When the thoughts get too much, smart people turn to cannabis to help turn it down a notch or two. THC or CBD compounds can do wonderful things for mental relaxation, helping to shut off the thoughts that typically force them to think about anything and everything in the world, all at once.

Socialize intellectually, intelligently, and responsibly: Smart people know that alcohol is not the best social lubricant – cannabis is. Whereas alcohol can make you act stupid and give you terrible hangovers, marijuana doesn’t. It’s the ideal social lubricant for when you have to rub elbows with people at work, other programmers, artists and creatives, or brainstorm with your peers. Given how socially accepted marijuana is these days, it’s becoming more common for people to bring weed, or even attend get togethers stoned, passing a joint around as you talk politics, business, life – just about anything.

Improved cognitive processes: Marijuana has numerous benefits for the brain and thinking, and many studies prove it. For one, whereas other recreational drugs and alcohol kill and impair the growth of new brain cells, marijuana does the opposite. The formation of these new cells are a great help in improving memory retention, and it also helps to prevent mood disorders. If a person suffers from anxiety, this can also prevent them from thinking properly as it affects executive function, but marijuana can help alleviate that too.

In addition, a study also shows that there is a link between cannabis use and better cognitive performance when it comes to attention, executive function, working memory, psychomotor speed, and verbal learning. In other words, we can say that marijuana helps smart people become even smarter.

While people of all kinds of intelligence levels use marijuana and can benefit from it, it’s clear that all users know that cannabis can be good for them. We know that marijuana is the key to living a healthy, balanced lifestyle especially when we’re prone to so much pressure and stress at work, we know that it can help us become better people in and out of the office, and we also know that it’s far healthier for us than other drugs, alcohol, and tobacco.

Smart people also know so much more about the available forms of “escape” out there, and they know more than their peers about the best, safest, and healthiest ways to cope with day-to-day life. It’s marijuana, no doubt.

HOW CANNABIS IS HELPING HIGHER IQ PEOPLE GET AHEAD!