Why Is the DEA Arresting People for Cannabis at a Higher Rate Now Even Though It Is Getting Legalized Everywhere? 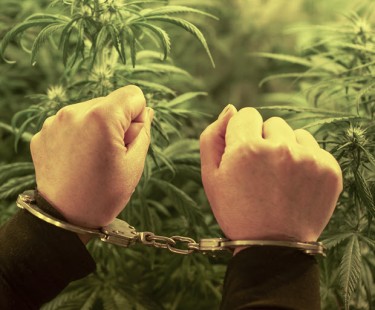 Why is the DEA arresting people at a higher rate now that Cannabis is getting legalized?

It’s 2022, there’s talks about legalizing cannabis on a federal level, people are even working on decriminalizing psychedelics…and then there’s Uncle Sam. More specifically, the DEA – the weaponized wing of the drug war that utilizes taxpayer money to persecute people who choose to consume, grow or sell a plant.

Yes, in 2022 – the DEA is setting records in arresting people and seizing cannabis. There could be various reasons for it and if you think that the DEA isn’t capable of shapeshifting post legalization – you’d be dead wrong.

Today, we’re going to be taking a closer look at how the DEA has been behaving this past year and how they might pivot their activities in accordance to the law – unless we do something about it.

First, let’s take a look at the seizure statistics of 2022.

DEA ramping up the war as it’s about to end?

There’s a couple of ways we can analyze this data. I think it’s only fair to take an objective look at what’s happening.

A 20-25% increase in total arrests from 2020 could be a skewed statistic due to the nature of 2020. During 2020, the whole world went into the initial phases of lock downs. This meant that even law enforcement was limited in their movement and as a result one could argue that there was a decrease in arrests and seizures.

In 2022, the world is pretty much back to “normal” in terms of working. Everybody is back doing what they do – and for the DEA that means ruining people’s lives in order to protect the interests of Big Pharma.

However, while this is a plausible line of reasoning, there is one major flaw with the logic.

These numbers are record breaking and are the highest since 2011 — before any states had legal weed. Since then, arrests have been going down but in 2021 a surge began once more as police-state worshipping tyrants ramped up their hatred of this amazing plant and the people who choose to grow it. – Free Thought Project

If we  were to compare 2022 arrest records with 2020, we could assume that due to the C19 Pandemic – police were restricted in their activities and as a result there were fewer arrests and seizures Yet, if 2022 exceeds the numbers of 2011 – then it seems that the Strong Arm of the Drug War is still very much alive and kicking.

Cannabis legalization is not enough!

Firstly, while cannabis legalization and decriminalization is a step in the right direction – it’s not enough to only legalize this one plant. It is critical to dismantle the DEA completely and end the war on drugs. There is no evidence to suggest that the “best way” to deal with drug use and abuse is by throwing people in jail.

In fact, we have a mountain of evidence suggesting that the whole system creates a higher rate of drug use and abuse, while creating transnational criminal organization in an endless conflict of whack-a-mole.

This is why I advocate for the decriminalization, legalization, and regulation of commercial drugs or drugs sold for profit in the market. I believe that people should be able to grow, gather, or gift any substance they so choose without incurring any legal transgressions whatsoever.

It is only within the spotlight of the public eye that we can diminish the risks of drug use, while educating people and reintroducing a “lost social revenue stream” back into the public interest.

We need to end the drug war and dismantle the DEA, who inspired bloody wars in countries such as Colombia, Mexico, Afghanistan, and many more totaling millions of lost lives. Not to mention the mass incarceration of whole communities, devastated by the actions of tyrannical policies.

It is time to put to rest the policies of people from a bygone era where drug users were vilified, were women’s rights suppressed, where owning slaves were considered “good for business.”

If we don’t dismantle this monster before full legalization kicks in – I fear the Strong Arm of the Drug War will simply evolve and adapt.

The Future of the DEA under Legalization

The DEA is an entity, and like any entity, it simply wishes to exist. Unfortunately, the purpose of the DEA is to be an “enforcer” of Drug Policy that essentially is in the control of Big Pharma. Nixon’s declaration of war had a stipulation that drug control were to be handled by pharmaceutical companies.

These for profit companies that sell cheap medicine at a premium price…sometimes to the tune of tens of thousands of dollars for a simple treatment – charged directly to the taxpayer via the healthcare system.

Nonetheless, Pharma was placed in charge of “making sure that our drugs are readily available and safe”, whereas the DEA was created as a means to enforce these rules. Basically, any independent producer or “dealer” would immediately be labeled as a criminal and could be persecuted lawfully.

20 million prisoners later, and we have the DEA now ramping up the Drug War once more. However, people are beginning to limit their domain. As activists decriminalize and legalize drugs all over the world, they are forced to adapt.

Under legality, this would mean that they would still go after the “unlicensed” suppliers, vendors, and consumers. Their eradication program, while still including all cannabis as it’s still illegal on a federal level as of writing this article, can easily be amended to say, “Illegal” and they would still be receiving their funding.

This is the same beast with a different hat on, and they will continue to be a part of the problem of our drug policies.

There is but one solution.

End the Drug War, Abolish the DEA, and remove the Monopoly on Drugs

If we wish to evolve as a society, it’s time we abandon the “old ways”. Pharma has proven over the past five decades that it really can’t be “trusted” as a private sector. They have far too much power in politics, news, regulatory processes, politicians, etc.

They place profits over people and utilize the law to suppress alternatives to their solutions. The only way we can heal from the drug war is to remove the mechanisms that makes it true. That is;

I know for some, this sounds extreme. But you must remember, the Controlled Substance Act is extreme. It’s designed to limit the individual’s sovereignty (My body my choice) while empowering a select group of elites and utilizing the force of the State to keep competition at bay.

Does this sound like a “fair system” of “equal representation” to you? It certainly doesn’t for me.

So what’s the solution?

It’s time to Get Active on a Local Level – become city counselors, run for offices in different levels of local government – and then change the local laws. It’s possible to affect real change on a local level and if enough people “opt out” of the drug war…the system will crumble.

As for the whole “Big Pharma problem” – grass roots movements can take them out too. 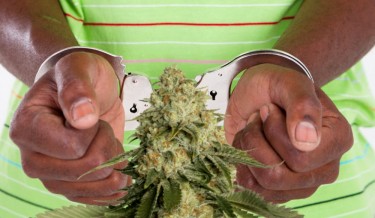 WHY ARE BLACK PEOPLE STILL GETTING ARRESTED AT A HIGHER RATE?

Texas Republican politics ‘is a Russian-style oligarchy, pure and simple’

Climate change could cause heavier rainfall on volcanoes