Will a Verified Emblem on the Door Help LA Crack Down on Illegal Cannabis Operators and Trap Shops? 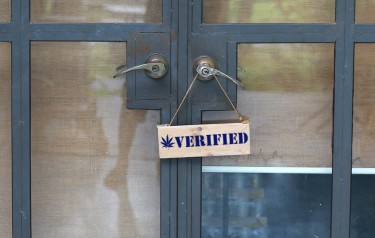 In an attempt to protect marijuana users from unregulated and untested products at unlicensed cannabis dispensaries, a motion was approved by the Los Angeles City Council on the 7th of June 2022. The motion aims at establishing a county initiative that issues licensed cannabis businesses emblem placards to display.

Under the Emblem Program of the Los Angeles County for licensed cannabis businesses, cannabis stores and storefronts will be able to request an emblem. By so doing, they get to invite the agency for necessary inspection and if approved, they get to display the emblem on their business premises for everyone to see.

Councilman Paul Koretz, the man who co-introduced the initiative with Councilman Curren Price was very optimistic about the idea. According to him, the initiative provides a way forward in making it easier to distinguish between illegal and legal dispensaries.

However, he believes there’s more to the situation as conversations around the issues are primarily centered around dispensaries operating as illegal or unpermitted. Meanwhile, the bigger issue which is the safety and health impacts of illegal dispensaries on users is barely talked about.

Koretz further explained that unpermitted cannabis dispensaries often sell products that have been contaminated, tainted, and mislabeled. He added that this greatly undermines the legal structures put in place to make sure Angelenos are protected from dangerous cannabis products when they visit a dispensary.

The initiative has granted the Attorney of Los Angeles City to outline an ordinance that would implement the program across the city. Koretz clarified that the motion was brought forward in May and if the ordinance is sanctioned, the program should get to launch before the year ends.

According to Price, setting up an emblem program will offer buyers the opportunity to make a conscious decision about their dispensary of choice, and to spend their money. He added that the program will offer a level of comfort to patrons that they shop at a dispensary that is properly inspected and regulated by the state. When the motion was introduced in May, Price earlier noted that the initiative will help notify buyers of safe dispensary locations to get their cannabis.

The Director of the Public Health Department in Los Angeles, Barbara Ferrer applauded both council members for introducing the initiative and having the state in the program.  Ferrer strongly believes that the initiative would make sure the safety of both cannabis consumers and employees is guaranteed. The initiative authorizes Public Health officials to carry out inspections on dispensary locations and make sure they comply with related public health regulations and statuses.

The acting director of the Cannabis Regulation Department in Los Angeles, Michelle Garakian was also eager to work on the program. He affirmed that the DCR is ready to educate, facilitate and verify that licensed dispensaries in the state meet all the prerequisites of public health standards. He believes this will help patrons make healthy and informed decisions regarding where to shop.

According to Garakian, the partnership between DCR and the Department of Public Health in Los Angeles is a welcomed development. He believes that both departments will together work towards achieving the goal of protecting the health of employees, consumers, and the overall community.

Comcerns on Public Health and Safety

The California Department of Public Health on the 12th of November, 2019 recorded more than 150 cases of vaping-related pulmonary injury in California. To this end, the CDPH surveyed 86 respondents. Among the respondents interviewed, 83% (71) claimed to consume vaping products infused with THC.

According to several sources, these illegal dispensaries are fond of cutting corners, mixing various agents with their oils, which when vaporized can cause severe lung complications.

A clear verdict from these studies is that there’s a greater threat to public health from the use of cannabis-related products obtained from illegal or unlicensed dispensaries.

The emblem initiative won’t be the only regulation towards curbing sales of unlicensed cannabis in L.A. County. The emblem program will work in confluence with the QR code initiative that was enacted across California in early 2020.

Referring to the vaping crisis of 2019, cannabis regulators in California compelled every licensed cannabis distributor and retailer to display a QR code. This is to make sure that patrons can identify legal cannabis products from unlicensed ones.

This regulation came into effect after the Office of Administrative Law sanctioned the initiative making QR codes one of the vast nationwide efforts to curb illicit cannabis dispensaries. Other efforts such as raids, arrests, lawsuits, and asset seizures have also been ongoing within the state.

According to the Bureau of Cannabis Control in California, the QR code initiative will help patrons recognize licensed cannabis dispensaries. Not just that, citizens will also be able to help law enforcement agents during investigations once they can identify illegal dispensaries. Through this, the legal cannabis market will boom, facilitating an influx of safe cannabis products into the market, and ensuring public health and safety.

The QR code initiative was compelled given the vaping crisis of 2019 which saw 60 people die fromvape-related lung diseases and  more than 2,500 hospitalized statewide.

All retailers and distributors are mandated to display their distinct WR codes to the public. The code itself is small having a size of 3.75 inches x 3.75 inches. Employees, retailers, and distributed are also compelled to hold a copy of their QR code when distributing or transporting their products.

While the illegal cannabis market steals patrons away, they also threaten public health and safety due to tainted and contaminated cannabis products many of them produce. If the L A county can successfully differentiate these markets through the emblem initiative and use of QR codes, public health safety will be guaranteed and the legal cannabis market will witness more growth. 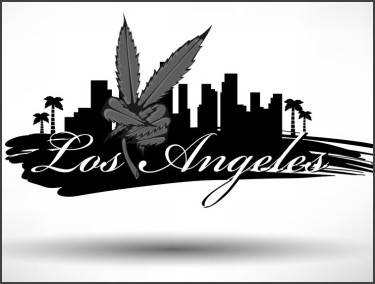 LOS ANGELES HAS AN ILLEGAL TRAP SHOP PROBLEM, NOW WHAT?